Ode to the teachers of old, I shall rise up for you! 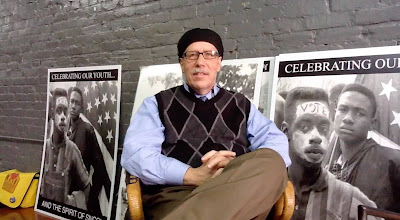 There is this great danger in our public schools today. A danger that has broken down our school house doors. A danger being led by billionaires, CEOs, Profiteers, Policy Makers, Lobby Bought Politicians, Bigots, Sexists, and Racists. A danger that proposes the measure of our nation’s children, teachers, and our public schools is best determined by standardized test scores, and fidelity to rigid benchmark standards written without any sense of justice, humanity, and dignity.

Justice is an aspiration written into our nation’s soul. It is not some A, B, C, D, or none of the above choice. Justice resides not in our school walls, but in our school hearts. It is something that you come to live, or you come to deny. Fellow teachers, I say high-stakes testing and these so-called school choice education reforms are all about justice denied.

I say to our nation's teacher unions, put JUSTICE into your negotiations platform. Make our platforms stand against high-stakes testing, and school choice without equity scams. We are at a teaching cross-road, we have been at this very same cross-road for nearly 250 years. A cross-road of self denial, of that very last line of our nation's Pledge of Allegiance "With Liberty And Justice For All". Put "Liberty and justice in our negotiations. Demand equity. Strike for equality for all children in our public schools. Walk out the door, demand justice for all children. Trust me, when America's teachers do this, America's parents will walk out with us.

Teachers fight, for  our nation's pledge promise. We don't pledge to a flag, we pledge to the United States of America's promise to stand for liberty and justice for all. A God spoken daily oath, "One Nation under God, indivisible, with liberty and justice for all". That promise should be rooted in our teaching. It is that promise that keeps us indivisible. It should be written above every school door in the land. It is the promise spoken by our father's fathers, our mother's mothers, by Native peoples, by immigrants, and freed slaves. A promise not yet achieved. But, a promise never doubted, and always strived for. A promise in jeopardy, a promise that in some ways has always been in jeopardy, and it is a teacher's sacred duty to hold America to that promise.

We teachers, do not merely teach children their ABCs, that 1 plus 1 is 2, and the capital of America is the District of Columbia. We are our nation's first responders of that Liberty and Justice promise. That promise is what we teach for, that promise is what we should fight for, and it’s that promise that holds our nation together. Lose sight of that teaching promise, and the nation we pledge to dies. When, we fight for that pledge promise in our public schools? We are fighting for liberty and justice for all children.

These modern day education reform naysayers, call our attention to the trivia. Always demanding more rigor, more grit, higher test scores, and selling us some great fear of the future. Langston Hughes, marked this cross-road in 1935 in the midst of our nation's worst economic depression with his epic poem "Let America Be America". In 1974, nearly some 4 decades in later. Mrs. Stansfield our English teacher made sure we all found that cross-road, studied that cross-road, and understood its relationship to our nation's pledge. She said don't just blindly say the pledge, hold America to it. If we love America, then we should love it enough to hold it to it's promises. We memorized Langston in class, we choral read it in class, we debated it in class, we studied it in the context of the past, in the context of own our times, and believe our generation would achieve it. Each of us took a part to read it aloud. I can still say my choral part today:

" O, let America be America again,
The land that never has been yet,
And yet must be—the land where every man is free.
The land that's mine—the poor man's, Indian's, Negro's, ME,

Who made America,
Whose sweat and blood, whose faith and pain,
Whose hand at the foundry, whose plow in the rain,

Must bring back our mighty dream again.
Sure, call me any ugly name you choose,
The steel of freedom does not stain.
From those who live like leeches on the people's lives, We must take back our land again,
America!

O, yes,
I say it plain,
America never was America to me,
And yet I swear this oath,
America will be!"

Friends, I have written about Mrs. Stanfield, my African American Honors English teacher. If justice, lives in me today? Then it lives in me, partly because of her. Because of those English and History teachers, who felt duty bound to teach outside the margins of state mandated standards and test based scripted curriculums'. Their Common Core does nothing to hold us to that pledge. My Teachers of old rose up, and did their part to demand America keep that pledge promise. Rise up teachers, swear that sacred oath, Rise up, fight for that promise too long denied.
I swear this oath to my teachers of old,
America will be,
Jesse The Walking Man Turner 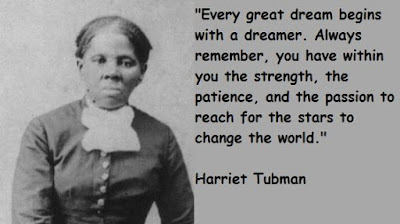 If you want to listen to the song that inspired my walk this morning it’s Andra Day’s “Rise Up” https://www.youtube.com/watch?v=DeqUmaquYAY