Uniting to Save Our Schools Still Marching:Epic Broadcast 1/27/23

We are not beaten,
We are not tired,
We are not demoralized.
We are Uniting to Save Our Schools,
On a mission to lift every child, parent, teacher, and public school.
Ain't no Ed Reform Privatizing fools going to turn us around.
We are on FIRE.

Uniting to Save Our Schools: the fight to make our nation’s school equitable and fair is ongoing and worthy. We are in this struggle to make our public schools places where every child regardless of their Race, Zip Code, Immigration status, Income, or identity a quality and equal education. Schools where everyone’s stories are valued and celebrated. We are the WOKE educators Ron DeSantis fears.

In 2002 the United States Department of Education launch a Trillion Dollar No Child Left Behind Education Reform Bill that promised every child would be reading, writing, and doing match at grade level by January 1, 2014. These reforms would focus on a massive increase in the used of High-Stakes Testing and placed the blame for failing test scores on teachers and curriculums. All you need to know is that promise failed, and that trillion dollars made testing companies and publishers that biggest profits they had seen in decades. The scientific-based curriculums of NCLB were massive failures, but extremely profitable.

In 2009 Race to The Top became our nation’s new venture into education reform. Like NCLB it would focus deeply on Hight-Stakes Testing and forced our nation’s poorest public schools to compete for their survival. See: https://eric.ed.gov/?id=ED557422

I want parents, teachers, legislators, and policymakers to know there were researchers, teachers, parents, teacher educators, and activists that fought back from day one of both NCLB and RTTT. We spoke up, wrote, presented at national and international conferences, and spoke out in communities across the nation. I know because I am one of them. By 2010, I grew tired of being ignored by policymakers, legislators, and school administrators. I decided to go back to my Civil Rights roots and do what activists have always done; I would use my feet. I would as Congress John L. Lewis said embark on a series of “Good Troubles”. See my letter to President Obama challenging RTTT policies: https://childrenaremorethantestscores.blogspot.com/2010/03/my-letter-to-president-obama-one-that.html

In 2010, I walked 400 miles to protest the abusive High-Stakes testing Policies of No Child Left Behind and Race to The Top. On that walk a powerful coalition of educators, researchers, parents and even students emerged that brought 12.000 scholars, activists, teachers and parents to Washington DC in 2011 to fight against abusive education policies that force poor local community schools to compete against each. Abusive policies that place the blame on local community schools, their teachers and parents. That coalition was Save Our Schools, and it spur many others to form coalitions to fight abusive testing and inequity in our public schools. The future leaders of United Opt Out, NPE, Badass Teachers, Karen Lewis brought a whole crew of Chicago Teachers Union members, Journey 4, Justice, and many others were in DC in 2011. We had conference, rally and march in 2011. All were successful, and attendees shared ideas and strategies to fight back against education reforms that hurt children, teachers, and community schools. I would meet the most incredible Social Justice Education Warriors in 2011, and those warriors would launch a resistance movement. For a quick three-minute look at this historic moment in 2011 see: https://www.youtube.com/watch?v=3EumSu0t6Ec  Even Matt Damon showed up. See: https://vimeo.com/27164498

From 2011 to today, Uniting to Save Our Schools has not stop fighting, or as Congressman John L. Lewis said getting into “Good Troubles”.

Tomorrow morning, I am gust hosting the Tom Ficklin 103.5 FM New Haven Radio. My Guests will be two of my favorite “Good Troubles” USOSers. Tune in to hear where the struggle has been, and where we are taking our “Good Troubles” to next. Of course you don’t need to wait for the show to join the struggle visit our Uniting to Save Our Schools webpage, and join this Good Trouble voyage to save our public schools. See: https://www.unitingtosaveourschools.org/

If you like to hear the tune that inspire my morning walk its Roots cover of " Ain't gonna let nobody turn me around.

Posted by Jesse Turner at 11:25 AM No comments:

What really matters in school? 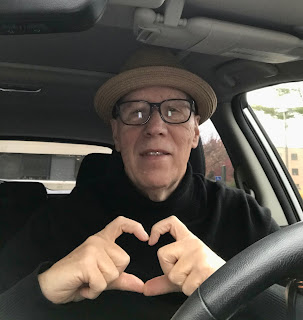 What really matters in school Dr. Turner?  That we lead with love and humanity. I remember Maggie's mother at her daughter's IEP meeting. She sat quietly listening to us talk data and facts. I gave her the literacy data, even though it made no sense. Maggie is a Down Syndrome child. At one point she just started crying. I asked everyone to give us five minutes alone.
I wasn't sure what to do, I just knew she needed sometime away from the the crowd. I decided to reach across the table, asked if I could hold her hand. We sat holding hands in silence for a few minutes until the crying stopped. I asked her to share what hurts...she said I am afraid Mr. Turner. Afraid that my Maggie is growing up, and she will never do well in school, in life, and never go to college like her siblings will. I am afraid she always need someone to talk care of her. To be honest I have bigger things to worry about than this meeting.
I called everyone back into the conference room, and said no more numbers. Let us all talk about what we love about Maggie. No more data/numbers, just the good things about Maggie. The things we love about Maggie. She has the most beautiful smile,She is the kindest person in our school,She shares,Her laugh is contagious,She loves to dance,She loves to sing,She draws the most beautiful flowers,She gives the best hugs,Everyone just loves her,She is like sunshine in a bottle,She is smarter than anyone thinks.I said this is the data that really matters, Maggie is going to surprise the world, graduate high school one day, and make everyone's life better. We brought you here today to say we love Maggie, she is doing fine, and we love her. She is a blessing to our school. Hugs and tears filled that room, and her mother left smiling. She said I always dread these meetings, but today I finally understand you know my Maggie, love her, and now I know she is in the best of hands.Thank you. Well, after that meeting things were different, and humanity and love ensured that Maggie shined. She inspired us to be better teachers. She did graduate high school, did get a job, but most of all her smile and love blesses everyone around her.  Maggie was the only data that mattered, and finally the adults got it. Maggie gave us our teaching hearts back. There is the data that matters, and there is the data that really matters. See the child, not the test scores,Dr. Jesse P. Turner CCSU Literacy Center

If you like to listen to the song that inspired my morning walk today? It is the Play for Change cover of "Teach your children" > https://www.youtube.com/watch?v=P5AuFDHdrrg  < 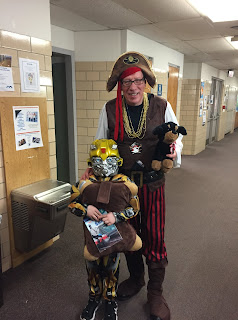 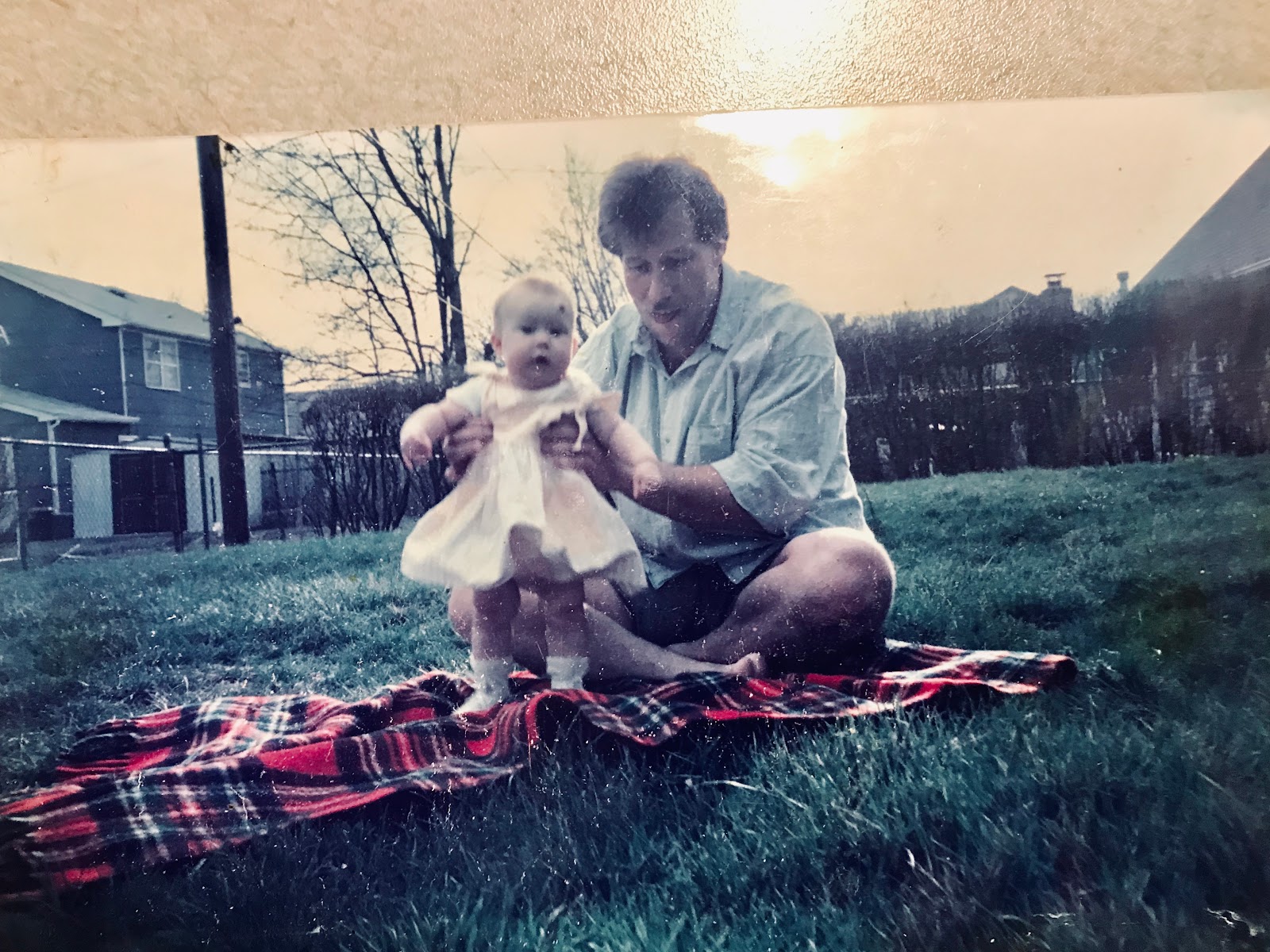 Teachers see wondersAt our CCSU Literacy Center our teachers work with parents and children who don't always fit those so-called normal learning curves.
On my first day with our teacher, I usually start with the story about the birth of our daughter.
I was in the delivery room with my wife and Betty her mother. My role was to be a positive coach for my wife, and to cut the umbilical cord.
I was like a deer in the headlights when Dr. Rashid said cut the cord Jesse. I started and stopped halfway. I was worried that this might hurt her. Dr. Rashid said cut silly man, cut it doesn't hurt her.
Then they wrap her in a colorful blanket, put a little pink hat on her, and handed her to me. I put her on Carolyn's chest, we cried a little, smiled the biggest smile, and said does she have all her fingers and toes. Dr. Rashid said Carolyn you have a perfect little girl. We already had her name picked out, and Carolyn welcome to the world Erin.
At that moment that perfect little girl won our hearts. We never wondered what grades she would get, what university she would go to, or what kind of dance she might study. Would she play sports like her father? none of those things crossed our minds. All we really knew was she became our wonder, our blessing, our lottery.
I tell my teachers repeat that feeling of wonder 8 billion times. These children who come to us are not test scores, they are the wonders of their parents. We celebrate their wonders here in our Literacy Center.

Let us teachers begin with seeing their wonder, and the rest will be easy,
Dr. Jesse P. Turner

If you like to listen to the tune that motivated my morning walk this morning its "Wonder" by Natalie Merchant > https://www.youtube.com/watch?v=6zpYFAzhAZY < 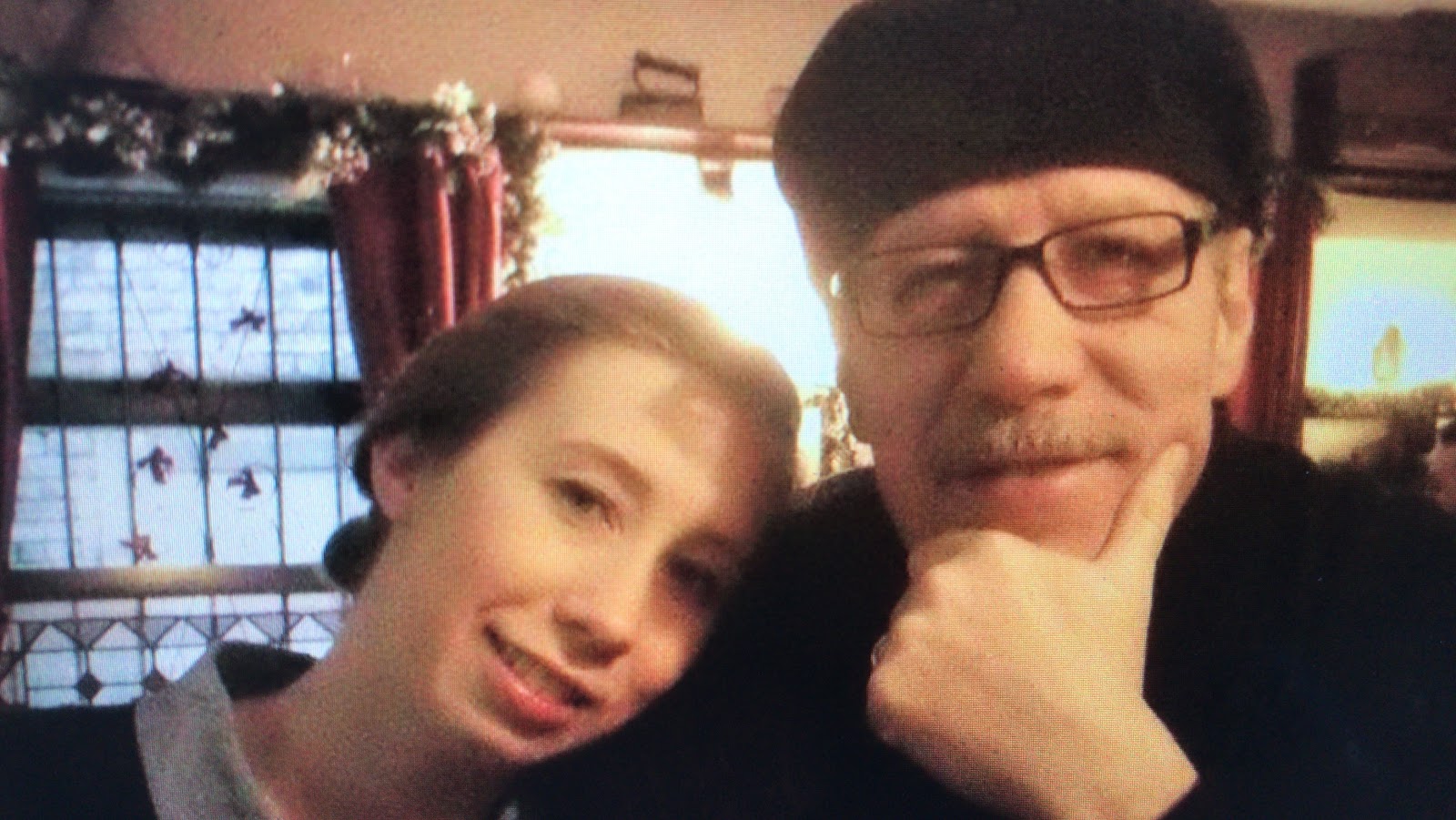 Posted by Jesse Turner at 2:11 PM No comments: