Parents you hold every card. Opt Out! 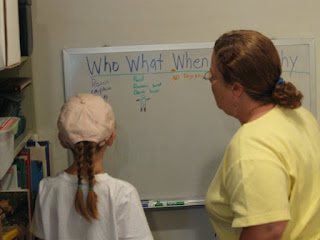 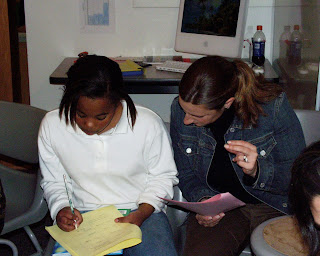 What if we see the child not the test score?
What if the center of all learning became the child not the standards?
What if teaching became the focus of education and not testing?What if we respected teachers?What if we respected childhood?What if we told all those snake oil Education Deformers to leave our children, their teachers and our public school alone?
What if vigor not rigor became the focus of teaching and learning?What if individuality not conformity became the goal in teaching and learning?
What if rather than spending a trillion dollars on testing and standards we started spending that money on tutors, the arts, music, school libraries, and more Physical Education?
What if rather then measure children by proficiency levels in reading, we gave them time to read real books?
What if we decided the best way to educate poor children, second language learners, and children of color is to teach them the same way we teach wealthy children?
What if every parent opted out of this insane plan to our children into data, profits, and test-scores?
What if we teachers started hinting and whispering parents you have the power?
What if parents realized they have the power to change it by opting out of testing?
Parents you hold all the cards,
Jesse The Walking Man Turner

If you like to listen to what this Walking Man is listening to on his walk over the Avon Mountain today....it's Barry Lane singing Hallelujah at the 2011 Save Our Schools March.
> https://www.youtube.com/watch?v=mkJQOv4h0Es &lt;
Word is Save Our Schools March, BATs UOO, and dozens of other groups are going back to DC this July.

Posted by Jesse Turner at 9:04 AM No comments: 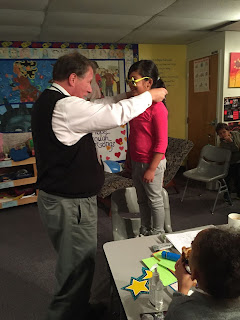 Try a little tenderness!
Awarding plastic gold medals to children for reading chapter books is the only data that really matters here. It is November, and 28 out of 32 children have now read new chapter books. The other 4 are close to finishing their first chapter books.
We don't use rigor,

We don't even ask for SBAC data.
We could care less about the Common Core,
You won't find CC standards on our boards.
However on any given day you'll find children and teachers working hard.
On any given day you will find empathy, humanity, and hope in every teaching and learning moment.
We don't need a standardized test to tell us how our children are doing.
Kid Watching gives us all we really need to know.
We don't follow the data.
We follow the child.

There is the data that matters, and the data that really matters.
The data that matters to policy makers, politicians, and education deformers are test scores. That data does not inform us about the learning potential of our children. It does not drive learning, but it does drive the failing education policies only they love.
The data that really matters is the data gather while teaching. Every other piece of data is pretty much useless to children and teachers.
Plastic Gold medals are my smiles, and those smiles are my data.
Respectfully,
Dr. Jesse Patrick Turner
CCSU Literacy Center Director 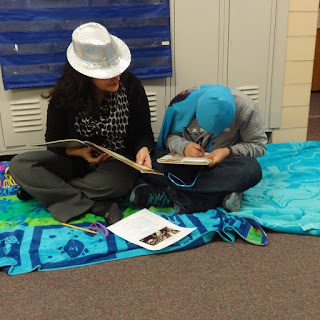 Want to know what this walking man was listening to this morning on his walk? It's Ottis Redding singing "Try A Little Tenderness ".
>https://search.yahoo.com/search;_ylt=As4Ry0qaZ..S8.EuHF0Jh36bvZx4?p=youtube+try+a+little+tenderness&toggle=1&cop=mss&ei=UTF-8&fr=yfp-t-901&fp=1 <
Posted by Jesse Turner at 8:59 AM No comments:

Change always begins with the number 1 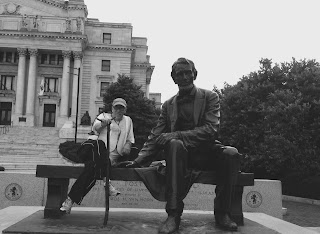 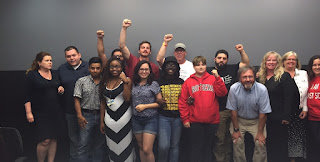 In a world where our public schools are seen as testing factories, and where standards without humanity rule.
We find students, parents, teachers, administrators, and community activists in an intense struggle to save our public schools.
You may say what can one person do?
I often ask myself that very same question every morning I rise.

Every day I just teach with a heart full of love.
Every day I teach I learn from those I teach,
Every day empathy and humanity drive my learning and teaching,
Every I see children not test scores.
Some days I am just a good husband, good father, good brother, or good neighbor,
What I have come to realize is doing something positive matters.
The people who change the world are always doing something positive.
One person always matters. Change always begins with one person.
Trust there is immense power in the number one.

Today let us all be that one person,
Jesse The Walking Man Turner


If you like to hear what this walking man was listening to on his walk over the mountain this morning.  It was Eric Clapton's "Change the world"
https://youtu.be/x11NA63gLDM?list=RDx11NA63gLDM
Posted by Jesse Turner at 10:24 AM 1 comment: