Who are these Anti-Critical Race Theory Hysterical running around talking about what is history and what is not?

They are the GOP Legislators who banned Ethnic Studies in the Arizona Public Schools? The United States Supreme Court threw their legislation out. Truth matters in history, no matter how uncomfortable it makes us feel.
These people think Slavery, Native American studies, Labor, Immigration, Women's Suffrage, Voting Rights, Civil Rights, LGBTQ Rights, and Human Rights should be kept out of America's public schools.
Don't be fooled, this is everyone's history, and this is about a group of racists who only want their narrative told in our public schools. Here is my Brainwaves Anthology interview on Critical Race Theory, it is just one of the dozens coming from scholars of all Races, Faiths, backgrounds. Scholars are committed to social justice and historical truths. Scholars who are giving no ground to White Supremacists who think decide on whose stories get told in our communities, schools, governments, and nation.
Fight the power,
Dr. Jesse P. Turner
Uniting to Save Our Schools. Hope you take the 13 minutes to listen to my take on CRT. You decide White Noise, or....
https://www.youtube.com/watch?v=GHu4k8tuKgw&ab_channel=TheBrainwavesVideoAnthology If you like to listen to the tune inspiring my blog today, it Public Enemy's "Fight The Power" cause they were in the fight from the start people. https://www.youtube.com/watch?v=mmo3HFa2vjg 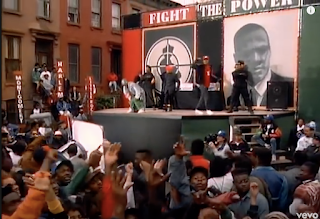 Posted by Jesse Turner at 10:38 AM No comments: 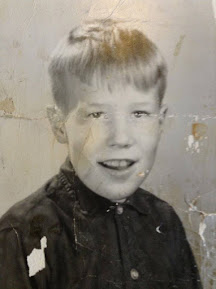 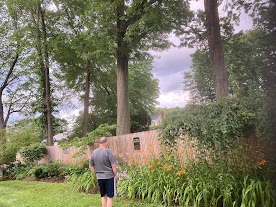 Dedicated to Jesse Sherman Turner and one Nicholas Cullen

When I was young once,
When the world was new,
When it turned upside down,
When hate was everywhere on the news,
When assassins killed our heroes.
His old bones were there,
His smile was there,
His words held me strong.

You can't see it now, but
These old bones feel so wonderfully good.
They have been everywhere,
They have loved your grandmother,
Loved your parents,
Loved my sons and daughters,
Seen war and peace,
Mostly these old bones see you,
My namesake grandson.

Did you feel my love in all those places?

Yes,
I felt it everywhere.

But, can't you stop growing old?

If these bones stopped growing old?
Your bones would not grow stronger,
You would never find the love of your life,
Feel the value of a lifetime of good work,
Travel the world,
Know that peace is better than war,
Love is stronger than hate,
Besides, I have locked my love bones in your heart?
Wherever you go,
Where ever you stand.
Whatever comes your way,
I will be there!

60 years later,
I can feel those love bones stronger than ever.

I love these old bones:
I love their magic,
Their strength,
Their hope,
Their love, and
I am locking them into the hearts I love.
After all,
Isn't this how young bones grow strong? 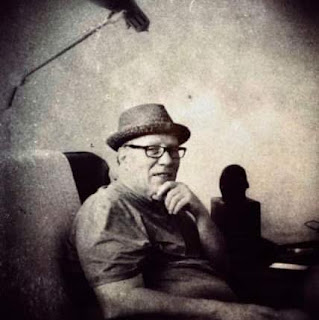 If you want to listen to the tune that inspires these bones, it is Harry Chapin who left this world far too soon, but left the world a lacacy of love bones.
https://www.youtube.com/watch?v=fW0vjZiu_rw

Posted by Jesse Turner at 12:01 PM No comments: 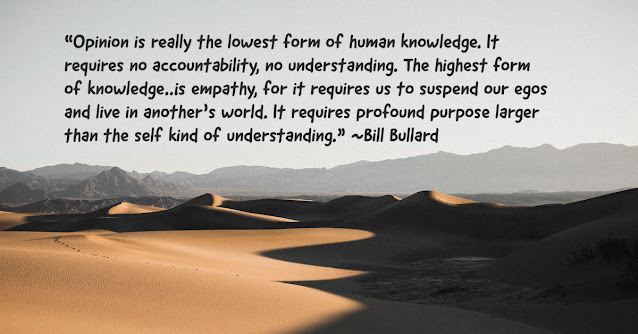 I’m trying to understand what it is that frightens America's Critical Race Theory Haters.

I need to take a journey back to America's 19th-century Boarding Schools for Native Americans.  Horrendous, abusive places where the children were not allowed to speak their native language. Where they were taught that everything Native must be forgotten. More than an assault on language, it was an assault on their history, culture, and everything that made them Native American.

Too close to home…  I journey to Northern Ireland, the land of my grandparents.  In my Grandfather’s immigrant eyes, I see the man who proudly served America in WWI.  He saw his comrades die in those Green Field trenches of France. He grew up in an occupied Ireland, where his language, culture, and history were also outlawed.   Being denied your history, your language your culture causes generational trauma. My grandfather loved America and was proud of his war service. He never said much about England but told his sons that if he could do it all again, he would have stayed and joined his brothers in that 1916 Easter Uprising.

He referred to Northern Ireland as occupied Ireland. He watched “The Troubles” grow in the North; he was not surprised. “Ireland shall be a nation, whole again” he thought.

My grandad had died before the 1985 Anglo-Irish Agreement Treaty between the United Kingdom and the Republic of Ireland.  This AIA aimed to help bring an end to The Troubles. My thinking is he would say it still left an occupied north but leaves a path to unification.  His namesake grandson would marry a girl from Ireland.

What does any of that have to do with Critical Race Theory?

For some 800 years, the Irish paid the price of backing the wrong King.  The cost was to cleanse the Irish of their faith, culture, history, and most importantly, their language.  The English Empire outlawed Irish Language and Culture, hoping the Irish would forget the evil done to them.  The biggest threat isn't always a gun, sometimes the biggest threat is the simple truth. If England one day has to face the cruelty they did to the Irish, it will mean confronting a cruelty done in the name of their much-loved kings and queens.

The news from Northern Ireland this past fortnight blatantly reveals what the truth can do.

That 1985 Anglo-Irish Agreement has, at last, led to a new ruling.   Finally, here in 2021, the Irish Language (as Gaeilge) can be taught to children in Northern Ireland's Public schools.  All hell is breaking loose in Ulster Defense Communities, leaders are resigning, and uproar is the norm.  Who are these Ulster Defense Communities? They are the people who have oppressed the Irish for 800 years on Irish soil.. You can read a little about it more here; >  https://www.theguardian.com/politics/2021/jun/14/irish-language-row-threatens-to-derail-northern-ireland-government <

For hundreds of years, public school teachers in Northern Ireland daring to teach the Irish Language were imprisoned, or in modern times dismissed. French, Spanish, German, Mandarin, even Russian, is taught in NI public schools, but the Gaelic (Irish) language has never been an option. 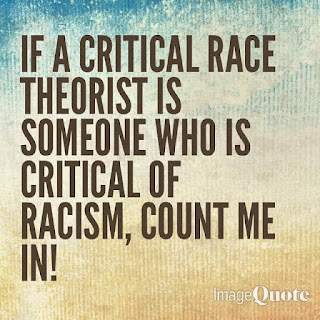 Oppressors, Racists, and Fascists, they all hate historical truths,  because these truths are mirrors of their evil.

Who are these Haters of Critical Race Theory?

Maya Angelou in her epic Presidential Inaugural poem for Bill Clinton On The Pulse Of Morning tells us: “History, despite its wrenching pain cannot be unlived, but if faced with courage need not be lived again.”

Again, who are these Critical Race Theory haters?

They are the cowards, whose biggest fear is that people will remember them for what they did.
They dread history's mirror exposing their immorality,
But most importantly they are the people who want us to relieve history's wrenching pain, over and over again.  History and truth are their enemies. So history must become our shield, and truth our sword.

What can teachers do?

We must have the courage to teach through history-wrenching pains.
We need to embrace Critical Race Theory Advocates.
This evening as I write, I am climbing that Hill on High, the one that the newest Inaugural poet Amanda Gorman shared with the world at President Joe Biden's Inauguration.

“ We've seen a force that would shatter our nation rather than share it, Would destroy our country if it meant delaying democracy. And this effort very nearly succeeded. But while democracy can be periodically delayed, It can never be permanently defeated." ...In this truth, in this faith, we trust. For while we have our eyes on the future,  history has its eyes on us.~ Amanda Gorman

Finally, who Am I?
Just one of the millions of teachers brave enough to climb that "New Hill".

Ready to embrace the new dawn,
Dr. Jesse P. Turner
Uniting to Save Our Schools. 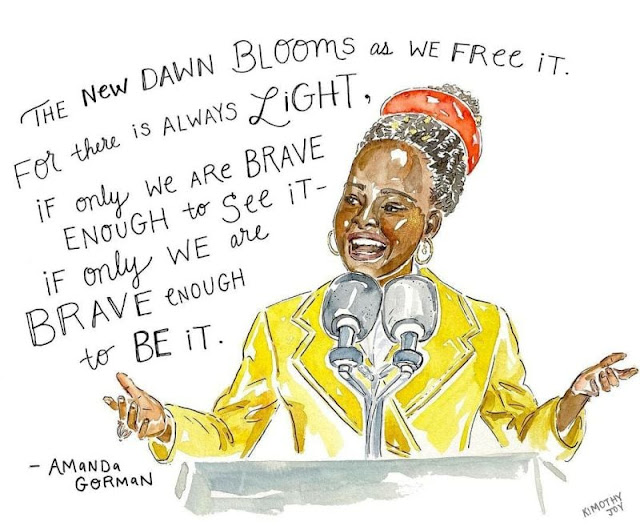 Now if you are wondering what inspired my writing today? It was Amanda Gorman youtube video of her January 20, 2021, Inaugural poem. > https://www.youtube.com/watch?v=LZ055ilIiN4