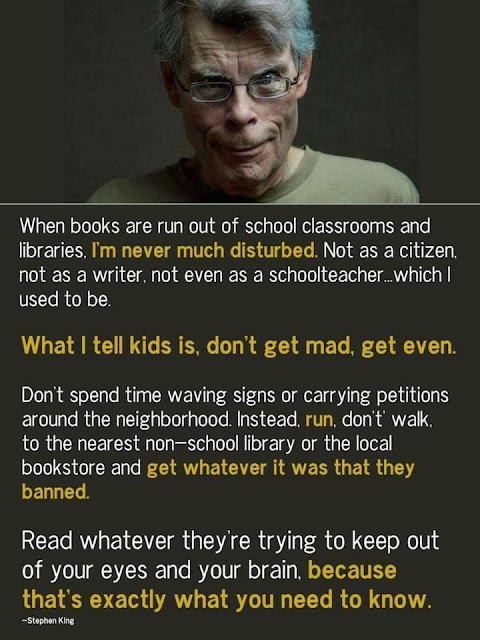 These book Banners, these Anti Critical Race Theory haters, are not afraid their children might fell hurt by reading diverse books. What they fear most is their children might feel empathy for others. When you look beyond the slogans of indoctrination, you’ll find that future hate depends on rising new generations of haters. Nothing kills Hate like empathy. Empathy builds understanding, teaching us to walk a mile in another’s shoes. In other words, empathy teaches children to value, respect, and appreciate others. There is not anything that threatens future generations of hate other than empathy.


Bigots hate mirrors, fear windows, and lack the empathy to walk in another person's shoes. Their very existence depends on growing future new generations lacking empathy. Hate is unable to look in the mirror, for if it does it breaks.

Reading diverse books, bring us together, teaching us to treat each other with dignity, but most of all give us the courage to see ourselves in the mirror, and wisdom to see we are far more alike than we are different.

I teach with Diverse books,

But for that America Langston Hughes dream about:

The land that never has been yet—

And yet must be—the land where every man is free.

Whose sweat and blood, whose faith and pain,

Whose hand at the foundry, whose plow in the rain,

Must bring back our mighty dream again.”


Trust me these book banners, these Anti-Critical Race Theory haters, are not afraid that diverse books will hurt the self-esteem of their children, but that their children might discover an empathy that “might bring back our mighty dream again”.
Looking forward to our CCSU Literacy Center celebrating Black History month and participating in our 23rd African-American Read-In,
Dr. Jesse P. Turner
CCSU Literacy Center Director

If you like to hear from Dr. Rudine Sims-Bishop herself talking about diverse books, this clip opens the door to her thoughts about the transformative power of diverse books in 90 seconds.
https://www.youtube.com/watch?v=_AAu58SNSyc 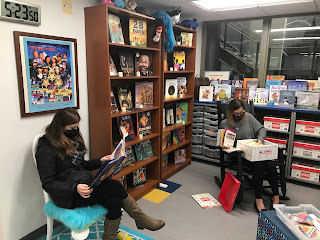 Posted by Jesse Turner at 8:47 AM No comments:

This teacher shortage: A tale of two teaching worlds 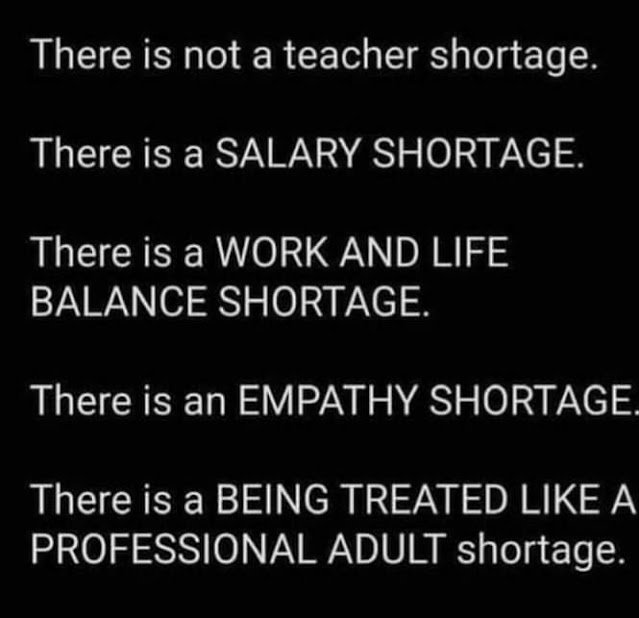 Teaching is a tale of two teaching worlds.
If you teach in an affluent community?
You earn more money,
You have more say in curriculum choices,
You have better health care,
You have better retirement packages,
You have more resources,
You have more specialized staff support,
You have beautiful, fully staffed libraries,
You have more choices for sports,
You have better maintained and cleaner buildings,
Your students have access to more books,
Your students have more access to
You have meaningful professional development.
You have more respectful treatment from administrators.
Yes, you still have struggles, challenges, and hard work to do,
But, it does not wear you down. Teachers are not fleeing poor schools, because they don't want to teach.
They are fleeing abusive working conditions,
They are fleeing abusive learning conditions,
Conditions, that are doing great harm to the children they teach,
They are fleeing failed unjust leadership,
They are fleeing the inhumanity of a system that regularly spends 20 Billion Dollars more on wealthy schools than poor schools,
Their hearts are broken,
They are fleeing, because they can't take it any longer.
First, Truth to Power moment about our teacher shortage. There will be no teacher shortage in affluent public schools. This shortage is real, but it will not be happening in our Affluent Public Schools.
Second Truth to Power moment, give our teachers teaching in our Poor Communities all the above, and there will be no teacher shortage. The lack of our policymakers and legislators' will to bring equity to our public schools for children harms both child and teacher.

Third Truth to Power, America is willing to see the collapse of public education rather than do the right thing for all our children.

Last Truth to Power, give all teachers what wealthy schools have, and watch learning bloom for all of America's children.

Rise up:
Teachers,
Parents,
Students,
Building a public will for doing the right thing for all children, teachers, and public schools is the only way to end this teacher shortage. Anything less increases the prison population and increases teacher flight from our poorest public schools.

Silence and apathy are the biggest threats to our public schools,
Dr. Jesse P. Turner
Uniting to Save Our Schools
Proud Badass Teacher 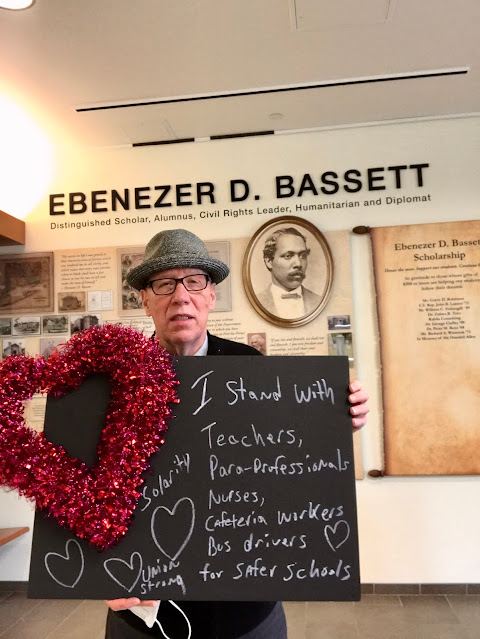 If you like to listen to the tune that inspired my morning walk, it "Teach Your Children Well" by Crosby, Stills, and Nash.

"You, who are on the road
"Must have a code
That you can live by
And so become yourself
Because the past is just a goodbye"

Posted by Jesse Turner at 8:32 AM No comments:

Dr. Turner, this is no Teacher Shortage, it is a Teacher Flight from Insanity 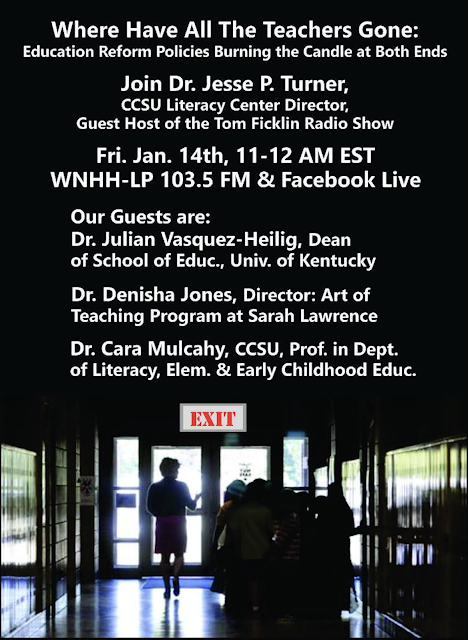 Teacher shortage or is this teacher flight?
Being from Jersey means you play until you fall, and if you get knocked down, you get back up and fight on.
I am a 66-year-old-school teacher from Jersey. If you think I'm walking away? You don't know Jersey Boys. So, tune in on Friday 1/14/ at 11:AM on 103.5 FM for round 15 in the fight to save our public schools.
From 2001 to 2022, I have watched some 2 plus trillion tax dollars spent on NCLB, RTTT CCSS, and ECSA, the most massive failing Public School Education Reforms in history. I have fought them every step of the way. Walked from Connecticut to DC twice, joined 2 Occupies of the United States Department of Education, marched several times on DC with Uniting to Save Our Schools and the Badass Teachers. March with Moral Mondays for Black Lives Matter because it is all connected. I sounded the Fire Alarm at America's Schoolhouse in December on the last broadcast. Our public education system is rightfully called a School to Prison Pipeline and is in danger of collapsing.
Now, ask our policymakers, governors, and the United States Department of Education what they have? Trust me, it is more of the same failed policies, more testing, more for-profit charter schools, more school choice without equity scams.
When I started 24 years at Central Connecticut State University. My teacher education courses were overflowing, and students were always at my door asking, please, Dr. Turner, let me into your course.
2001 Then came No Child Left Behind, which reduced children to test scores. Classes were still full, but no one needed an override to be let in. Who wants to teach in a school where children are data points?

2008 Then came Common Core State Standards, not created by teachers, but governors and testing company CEO(s). Who wants to teach standards written by non-educators? So, more students left.
2010 Next came Race to The Top. It promoted closing struggling local community schools. Not helping them but closing them down. Replacing them with for-profit Charter Schools. And non-elected school boards of education. After that, one-half of my students were gone. Who wants to teach to the test and thinks closing community schools is wise? So, the number kept falling.
2015 Then came the Every Child Succeeds Act, more of the same old same old failed Education Reforms. Who wants to teach in public schools led not by those teachers closest to children in the classroom? They keep leaving.
2019 Now comes COVID, and hundreds of billions of dollars were given to states to make schools safe, but teachers and parents have no clue where that money went. Who wants to teach in schools where there is no transparency in spending? Who thinks future teachers want to teach in a system that fails to fully fund our public schools? A system that spends more money on wealthy schools than poor schools? Who wants to teach in a system that fails to give teachers the resources and funding needed to make a difference?
2022 Come on up for the rising. This Jersey Boy is getting back up on Friday, and I won't be alone. I am bringing Dr. Julian Vasquez Heilig, Dr. of the School of Education University of Kentucky,
Dr. Denisha Jones, Director: Art of Teaching Program at Sarah Lawrence University, and Professor Cara Mulcahy, Author and Professor of Literacy, Elementary and Early Childhood Education at Central Connecticut State University. They are my A-Team, and we are fighting to save Teacher Education in America.

Get ready to hear us discuss; if this is a teacher shortage or a poor Education policy-driven flight from teaching.

Get My fight Song on,
Dr. Jesse P. Turner
Uniting to Save Our Schools
Proud Badass Old School Teacher 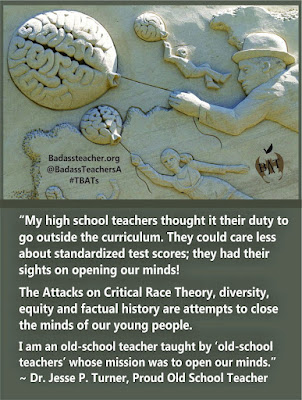 If you like to hear what tune inspired my morning walk today. It's Lulu singing To Sir With Love, with Sidney Poitier. > https://www.youtube.com/watch?v=EV1qmmMwc9M <

Posted by Jesse Turner at 5:22 PM No comments:

My wife left for work today 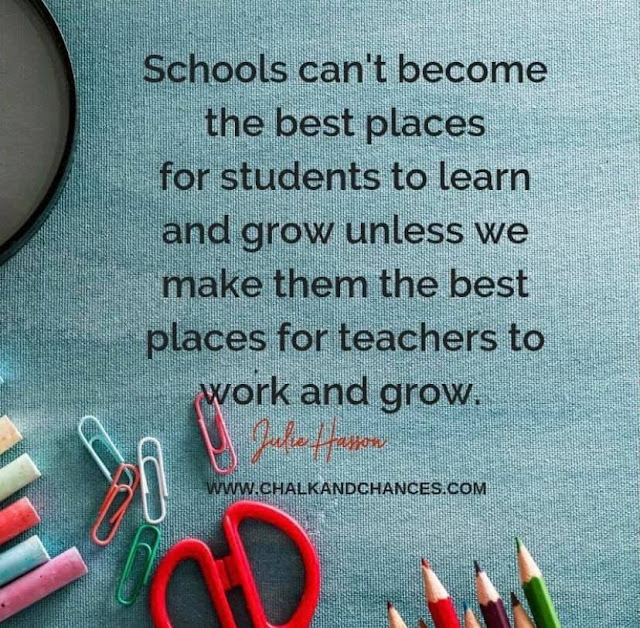 My wife left to teach this morning, worried about COVID spread and the children she teaches. She had no voice in their return face to face as Connecticut's positivity rate jumped over the 20% mark. She did what teachers everywhere are doing across Connecticut; she turned up, not because she thought it suitable for her students. She turned up because regardless of what the system throws at her, she turned up for her students, just like she has done for 20 years. She deserves better. Her students, colleagues, parents, and her community deserved better. I am the proud husband of one of the many teachers turning up every day for their students. I am not proud of policymakers and leadership that could not have waited another two weeks, Teachers are the first responders of our children, and leadership that does not listen to them is the wrong leadership. Respectfully, Dr. Jesse P. Turner, whose university has chosen to go remote. Thank you to everyone turning up >