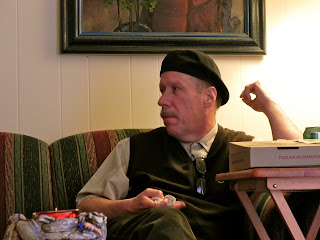 His argument was the war on poverty made people poor. Well in 2010 some 23-years later after America's surrender to poverty another 2.6 million people slipped below the poverty line last year. We now have 46.2 million people now living in poverty in the United States. This is highest number in the 52 years that the Census Bureau has been tracking it.  Never mind that we define poverty as being a family of four a family making 22, 112 dollars or less. What family of four could live on 22,000 dollars?
Where do our poor come from?
They certainly are not coming from the wealthy. The growing number of families living in poverty come from the Middle Class. Throwing up the white flag in the war on poverty has not only led to a dramatic increase in the poor, but has led to a decline in income for the middle class. The Middle Class, median household incomes adjusted for inflation declined by 2.3 percent in 2010 from the previous year to $49,400. That was 7 percent less than the peak of $53,252 in 1999. If this continues we may find an America with only two classes one poor and one rich.

Poverty is real and growing in America. Giving tax breaks to oil companies and millionaires has resulted in a shrinking middle class. Ending the war on poverty did not save America money. We are looking at the largest deficits in American history. Too bad our leaders are not looking at their own data.
An America that surrenders always loses. What does this means for public schools? It means more and more children coming to school not ready to learn, coming to school hungry, and homeless. What is the United States Department of Education plan for this? Well poverty doesn't matter to them. This kind of thinking can only come from those who has never known poverty. Their solution is more testing, and new standards.
Take from it Dr. Jesse Patrick Turner who lived in poverty as a child. Poverty matters to those living in poverty. We were poor for my whole childhood, but during the worst two years.
When we had no heat or electricity poverty mattered!
During the Thanksgiving without a turkey poverty mattered!
When we were evicted poverty mattered!
During the Christmas without a tree poverty mattered!
While living in a single occupancy hotel room poverty mattered!
I have been an A student my whole life except during those two years.
If you think poverty does not matter come talk to me?
If you think surrendering to poverty made America better come talk to me?
If you happen to meet Secretary Duncan in your travels let him know Jesse is walking to DC again in 2012?
Sincerely,
Jesse
In case you want another look at the cost of poverty http://www.youtube.com/watch?v=tTAelL11v2c&feature=fvsr
Data sources for the above:
http://www.boston.com/news/nation/articles/2011/09/14/percent_of_americans_in_poverty_rising/
Posted by Jesse Turner at 8:39 AM No comments:

Why books make the difference! 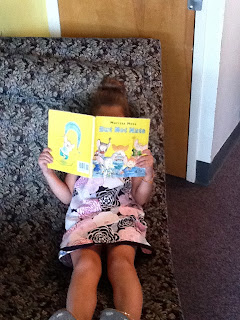 No Save Our Schools today, No shouting at the walls of test them until they cry stuff. Today it's back to the seeds of transformation planted some 46 years ago that started me walking last year. Life's experiences shape who we become.   Alan Cohen reminded us that: "Scared and sacred are spelled with the same letters. Awful proceeds from the same root word as awesome. Terrify and terrific. Every negative experience holds the seed of transformation.'
For me the seeds of transformation came in the Thanksgiving without a turkey, the Christmas without a tree, the winter without heat. I found warmth at school, hope in the eyes of a few candles given to me by my single mother who knew a boy with books has everything he needs in the dark. Those candles planted a pocketful of seeds of transformation found at my public library. My research back then informed me that while reading by candlelight may hurt the eyes it improves comprehension ten fold.
Charles Dickens gave me light in a dark world.
Teachers and books blessed me,
Jesse
http://www.blogger.com/post-edit.g?blogID=235655313607365412&postID=6013966242522309051
Posted by Jesse Turner at 10:36 AM 1 comment: