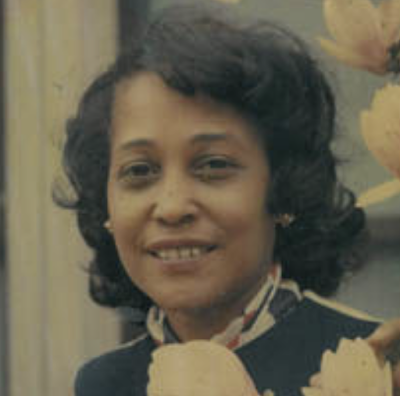 What my Hero Teachers in my life taught the teacher in me?
There was no:
Curriculum,
Standards, or
Standardized test,
That could prevent them,
From teaching us what really mattered to us.
My Hero Teachers came in all colors, all faiths, some American born, and some came from afar,
They were, Culturally Relevant,
Before it, became the professional thing to do.
Yes, I know what is in the:
Curriculum,
Standards, and
On those high-stakes tests,
But, more importantly,
I know that no power on earth,
Can keep me, or those I teach out.
My Hero Teachers were bigger than data walls,
My Hero Teachers were bigger than any standards,
My Hero Teachers were bigger than any approved curriculum,
My Hero Teachers were bigger than the test scores.
My Hero Teacher fortified me with a legacy of:
Humanity,
Truth,
Honor,
Dignity, and
Hope, and
They were beautiful, opinionated, and powerful. But, she was the fire burning, Here is to our fire burning, Mrs. Stanfield. We sat at lunch, talking Baldwin, Gather on the practice field hearing Garvey, Hanging on the corner, critically discussing Beawolf, In the park, we wanna be gang bangers, citing Sheamus Heaney, At 5:00 in the afternoon when Ignacio Sanchez Mejias fell in the bull ring, We lamented with Federico Lorca Garcia Diablo Poetics,
We walked with Maya's I know why the caged bird sings. We owe it all to her, Mrs. Stanfield knew there were bigger lessons that her girls and boys needed learning, Hail to every hero teacher, who saw us, not some distance curriculum. I walk in the footsteps of Hero Teachers bigger than me,
Dr. Jesse P. Turner
CCSU Literacy Center Director
If you like to listen to the song that inspired my walk this morning, its Jamie Wilson's cover of "Ain't No Graver" https://www.youtube.com/watch?v=YU9BObi1GVw
Need some fire? Places to go, and people to hear, and lessons to learn, tomorrow it's all Radical Love in the time of pandemic: Imagination and hope in Public Education. Come learn with us > https://shoutout.wix.com/so/26NRoMEhG?languageTag=en&fbclid=IwAR3_NQpaYAWp9QX_enklDYSZ2RZtoYHPvP-B07Ym2_82kHIJKw-rl66IZkU#/main < 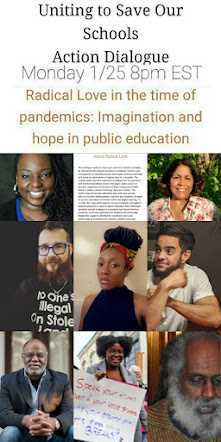 Posted by Jesse Turner at 12:13 PM No comments: 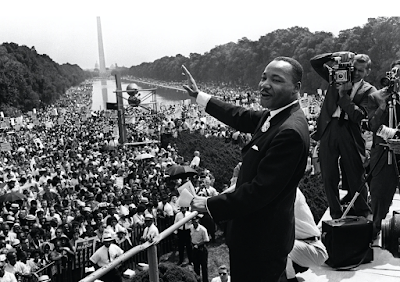 Dr. Martin Luther King Jr. said: ""Every man must decide whether he will walk in the light of creative altruism or in the darkness of destructive selfishness."
To the rioters and haters who assaulted our nation's capital 3 days ago. I know something about Marches on Washinton.
This is what dignity looks like,
This is what a respectful march on our Nation's Capital looks like,
This is what Civil Disobedience in action looks like,
This how hope lifts democracy.
My Grandfather was 68 in 63,
At 68, he took his namesake 8-year-old grandson to this;
Dignified,
Respectful,
Hopeful,
Uplighting
March.
I am the grandson whose World War 1 Veteran Grandfather made sure his grandson would walk in the light of creative altruism. I went up to the mountain, Because you asked me,
Dr. Jesse P. Turner
Uniting to Save Our Schools National Committee If you are wondering what song I am listening to today? It is Patty Griffin singing " I went up to the mountain" https://www.youtube.com/watch?v=WA6Q5-Ap3o8&ab_channel=gcbfolk
Posted by Jesse Turner at 9:39 AM No comments: 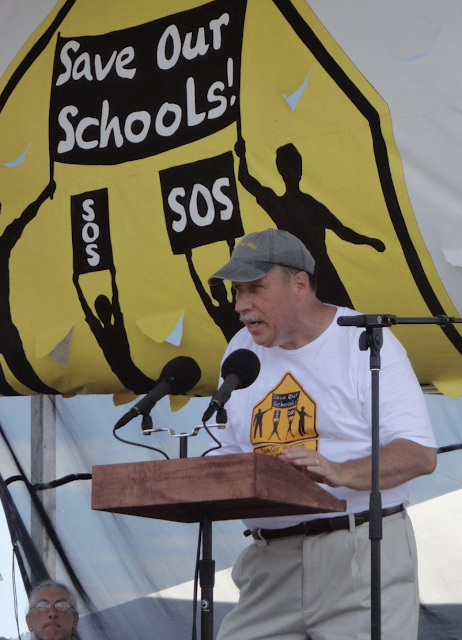 Dear 2021
If we don't speak up for equity and justice in our public schools?
Then we are cogs in the status quo of evil that denies Black, Brown, Poor, and Special Education Children a quality and just public school education. I reject being Evil's Cog,
I reject silence,
I reject apathy, and
I reject this status quo of evil occupying our Public School System.
If we don't speak up?
If we don't act?
Then evil wins!
Evil shall not win on my watch,
Dr. Jesse P. Turner 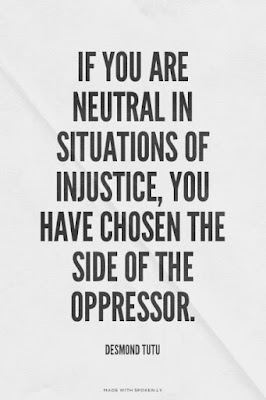 If you like to listen to the tune that inspired my morning walk it is Marvin Gaye's "What going on" https://www.youtube.com/watch?v=o5TmORitlKk 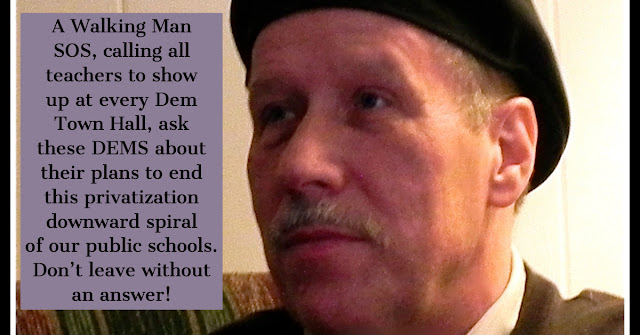 Posted by Jesse Turner at 11:19 AM No comments:

Standing upon the shoulders of those with incredible faith 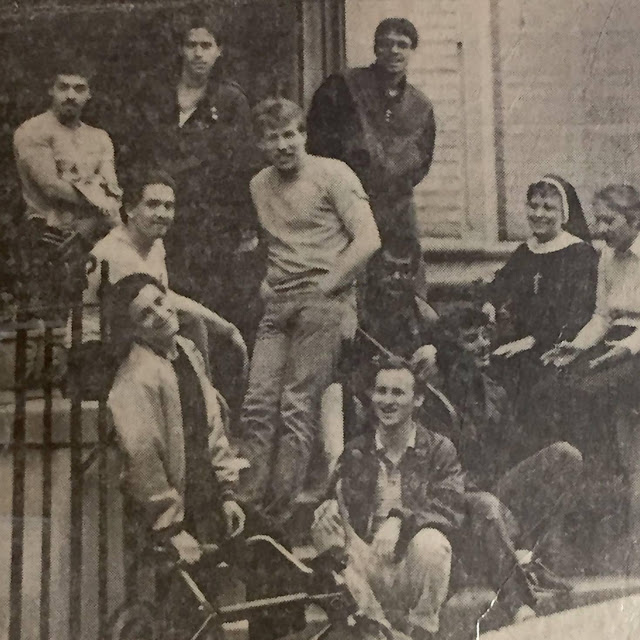 It has always been the same work that Sister Antonella introduced to me long ago. Her's is a friendship that inspires me still.
In the early 80s, I was a regular at services at Saint Michael's parish Sunday services. When Father Fitzgerald asked me to meet with Sister Antonelle Chunka, a Franciscan Sister with Patrica Gordon who opened an office to help move young people out of Gang Life. They called their office "The Promise." Father Fitzgerald knew young people in the community knew and respected the Hawk's story, (me) the young man who grew up on the same streets and used education and his faith to steer his way out of trouble. No one grew up in our community without being on the edge of trouble. Faith, school, and sports kept me from falling into trouble. My mother was a member of a Rosary group that prayed for all of us boys. I like to think those prayers save many of their sons from falling. I felt a call to meet these two women who sought to help our young men in danger of falling. You might say God called me to their work.
These two women hung out at the Jersey City's Juvenile Court House meeting, advocating and mentoring young men away from gang life. They would walk the streets talking with young gang members, invite them to their office, read scripture, offer to help them find jobs, and get their GEDs. Their work caught the eyes of the NY Times and other press.
Father Fitzgerald knew I was politically active, a respected community member, a college graduate, a Catholic Charities Counselor, and a small businessman. I was different in a community where people mainly stuck with their own kind. I was an Irish kid whose friends were diverse. In high school and college, my circle of friends looked like America. I was praised in our parish and criticized by those who thought I should stick with others who looked like me. Those who criticized me had no clue as to who I am. My faith calls me to welcome all. My faith is stronger than the divisional hate that has always sought to divide America.
When God calls you, you show up. I visited Sister Antonlle and Patrica Gordon, and five minutes later, I was on board with the mission. The mission was worthy, and although I did not think it would steer many away from gang life, the mission was worthyAlthough. I join their crusade to mentor young men away from gang life in the community. I was wrong about not steering many young gang members away from gang life. Sister Antonelle somehow had gang members reading, discussing scripture, and linking it to possible transformative changes in their own lives. I became an unpaid counselor, a member of this do-gooder quest to save our young men from gang life. I was given more than I ever gave. I loved my time helping at The Promise. Could not believe my eyes as young gang members who struggle with reading painstakingly read and share scripture together. I would come to learn that the message matters more than a person's academic skills. It is learning that drives my literacy work as the Central Connecticut Literacy Center Director.
At the time, downtown Jersey City was in the early Gentrification process. These Gentrifiers gave Sister a hard time. The Promise exposed an ugly truth about the neighborhood they were seeking to gentrify. They felt Sister's work would drive away investors. They wanted them to stop. They put pressure on local leaders. They arranged for a large community meeting to close them down. They approach Father Fitzgerald to stop it.
Anthony Cruz and I would become their defenders at that meeting. Sister and Father Fitzgerlad stood their ground, this was the work of the church, and no one was going to shut that work down. While I thought I was helping and mentoring others, I found something transformative growing in me. My work with Sister Antonelle became my youth ministry, and more than anything else, it transformed me. Nearly 40-years later, I have used that time of service to define my work as an activist and a university professor. Sister Antonelle planted in me a simple understanding. All are worthy, and no one is beyond God's promise. My youth ministry would point me back time and time again to seeking to enhance my education as an educator. It was the first seed of my Ph.D. Sometimes, I look at where I am today, and I can't see the path from there to here. But, I always can find the seeds that took me to who I am today.
I have been blessed and mentored many times over by my friendship with Sister Antonelle Chunka. Who by the way well into her 80's is still ministering to those in need today at New Jersey ICE Detention Centers.
I stand on the shoulders of incredible of those with incredible faith,
Dr. Jesse P. Turner
Uniting to Save Our Schools 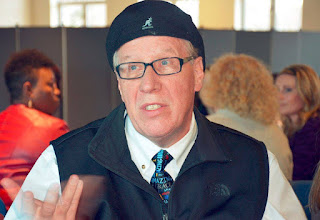 If you like to listen to the tune that inspired me 40 years ago and on my walk this morning? It is Cat Stevens "Where Do The Children Play" https://www.youtube.com/watch?v=nBCJhNiKhFE
Posted by Jesse Turner at 10:20 AM No comments: