It was never about improving public schools 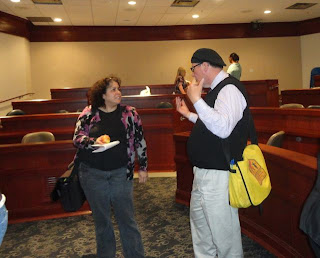 Bruce Fuller (2009) said in Standardized Childhood, “This framing accents the importance of building a tidier system, one that incorporates the array of existing child care centers, then pushes to make their classrooms more uniform, with a socialization agenda "aligned" with the curricular content that first or second graders are expected to know. Like the common school movement, uniform indicators of quality, centralized regulation, more highly credentialed teachers are to ensure that instruction--rather than creating engaging activities for children to explore--will be delivered in more uniform ways. And the state signals to parents that this is now the appropriate way to raise one's three- or four-year-old. Modern child rearing is equated with systems building in the eyes of universal pre-kindergarten advocates--and parents hear this discourse through upbeat articles in daily newspapers, public service announcement, and from school authorities.”

Ed Reform 101. Alexey was only in middle school when his Mom removed him. Today he is a smart young man who last summer helped the hospice center by identifying and fixing tech equipment donations for their summer tag sale. He is one smart young man.  I should know, we worked with him in our Literacy Center at the university when he was an elementary student. Reading is an obstacle he climbed over, and made it his strength. He is a special needs child with an IEP, (Individual Education Plan). He is also a good reader, creative, and funny. In elementary school on Crazy Hair Day he dyed his hair orange, and got a Mohawk. He is one heck of a kid.
I met his Mom last week; she told me he is doing well, and getting ready to graduate from the private school he now attends.
Why did the public schools lose Alexey? What did this affluent suburban public school system do to Alexy to make his Mom remove him frm their schools?
In elementry he prospered; he had music, art, P.E. and reading. But then in middle school, they came for the music.  Alexey plays the French horn among other instruments. He loves music. One day his school decided to give their district writing prompt during the music class. This was not the  mandated state test, it was a practice test for the test.  Alexy has an IEP that indicates his legal right to specific modifications. The teacher dutifully gave Alexey the assessment. Rather than honor his IEP he was asked in front of his peers "Do you need help"?  He is a proud kid, a good kid, who loves music.  Alexy said "no, and he took his test during music.  Alexy sat through the testing, and handed in a blank paper.  Alexy's grade for music became a failing grade because of the same blank paper.  His Mom could not understand how this happened.  She could not understad why Alexy was failing music, and was later told it was because of the writing prompt assessment where he had received a ZERO.
Remember this, no matter how they twist it, reshape it, stretch it, or deny it, this is not about Ed Reform improving our public schools. It’s about all the Alexeys’ out there who are being hurt and humiliated in our public schools. Trust me it was never about the data, it is about power, money, and control. The only question is, how many children have to suffer before we give them back their childhood?
Still Walking,
Jesse The Walking Man Turner

If you are wondering what my whispered prayers on my morning walk were today? I prayed for change, I prayed for strenght, I prayed for an America whose leaders understand that children are more than test scores. If you are wondering what I was listening to it was Old Crow Medicine Show's "I hear them all" http://www.youtube.com/watch?feature=player_embedded&v=987owXK3iPI#! And oh yeah it's about the music, the art, and respecting childhood.
Posted by Jesse Turner at 5:06 AM 2 comments: