President Trump, just call me one of Frederick Douglas's Agitators 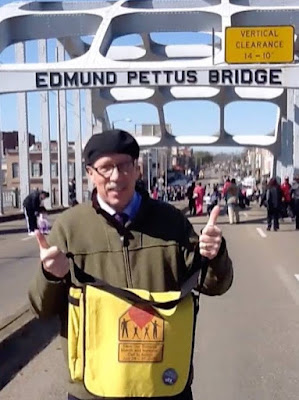 Frederick Douglas knew something about power. He fought power his entire life. He fled slavery, fought for justice after slavery, and he was no stranger to struggle. Frederick Douglas said: “If there is no struggle, there is no progress. Those who profess to favor freedom, and yet depreciate agitation, are men who want crops without plowing up the ground. They want rain without thunder and lightning. They want the ocean without the awful roar of its many waters. This struggle may be a moral one; or it may be a physical one; or it may be both moral and physical; but it must be a struggle. Power concedes nothing without a demand. It never did and it never will.”

I embrace Frederick Douglas's legacy of struggle against power,
I am ready to plow the fertile ground of justice and equity,


Ring every bell,
Shout from every street corner,
Whisper in dark places,
Open your windows, and shout

I Embrace my Moral Obligation for "JUST" agitation. 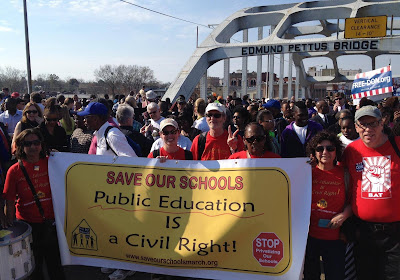 Bob Dylan the 2016 Nobel Laureate for Literature journey began decades ago, and he lit a candle that started a fire that Frederick Douglas would love. Link for Peter, Paul and Mary singing it at the Lincoln Memorial in 63. https://www.youtube.com/watch?v=cuAl5cMTJ7A
Posted by Jesse Turner at 2:07 PM No comments: 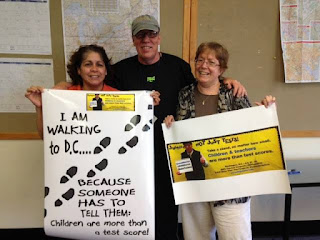 Paul Rogat Loeb wrote The Impossible Will Take a Little While: A Citizen's Guide to Hope in a Time of Fear said:
“Those who make us believe that anything’s possible and fire our imagination over the long haul, are often the ones who have survived the bleakest of circumstances. The men and women who have every reason to despair, but don’t, may have the most to teach us, not only about how to hold true to our beliefs, but about how such a life can bring about seemingly impossible social change. ”

While having coffee this morning someone said did you hear what Michelle Obama said to Oprah. “We feel the difference now. See, now, we are feeling what not having hope feels like,” I'm leaving the country..I can't live in a country without hope Jesse.

My reply: I'm staying and fighting back just like I always have. An election won't change our nation. My struggle has always been to change the silence and apathy of our people. It's a big job, far too big for any one person, but if enough of us take up the call....well then anything is possible....and if anything is possible than hope lives.
Momma always said, hope is like a tree, a tree written in scripture.
Jeremiah 17:8 "For he shall be as a tree planted by the waters, and that spreads out her roots by the river, and shall not see when heat comes, but her leaf shall be green; and shall not be careful in the year of drought, neither shall cease from yielding fruit."

Trust me hope has not left us. Change takes a little while brothers and sisters.
Like a tree, I shall not be moved,
Jesse The Walking Man Turner 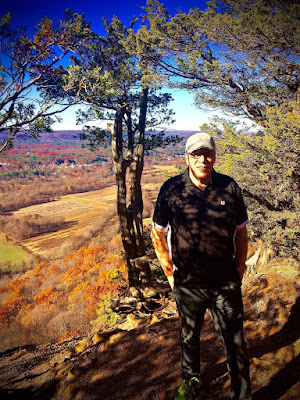 Singing all morning long with  Mississippi John Hurt singing "I shall not be moved"  https://www.youtube.com/watch?v=beg0bM_x3D8
Posted by Jesse Turner at 10:26 AM No comments:

Trust me President Elect Tump it's the Lamp that makes us great not your wall.

This Holiday Season, I am wishing all our immigrant brothers and sisters peace, joy, and love. A little Walking Man memory immigrant story dedicated to every immigrant who leaves home for a new life. Especially for those new immigrants coming to America.  It is a long one people. I hope you stay around.

My people the Irish have been emigrating for centuries. I am the grandchild of Irish immigrants. I am married to an Irish immigrant. When you are close to immigrants. You learn being an immigrant means leaving home, your family, and everything you knew that comforted you. It means being 3000 miles from your mother as she is dying. They come to deeply love their nation's folk songs, dances and writers. My love for Irish music, writers and dance are my grandfather's legacy to me. Even after immigrating to America, the men in my family often had to go where the work was in America. So, they would leave for a week, a month, 6 months, and sometimes a year. Their families left behind lived by their mailboxes. When a letter with the money was delayed or lost, the other families would chip in food, clothes, or a few dollars. It's an immigrant kind of thing. It's a common bond that holds them strong.

What is it like to leave it all behind?
I was in my late teens when my grandfather needed his tag along ride to accompany him to a wake (Irish Funeral) of one of his immigrant buddies. I was his tag-along ride for many years, but especially as he grew older. Those tag-along rides grew my Irish soul.
Michael and my grandfather knew each other from the boat ride to America. Fought on the Green Fields of France in 1916 together, attended each other's wedding, their children's Christenings, and the wakes of their love ones. They shared thousands of pints of beer, smoked a million cigarettes, shared their hopes, wins and losses, and for 35 years painted the bridges all around New York.  Drinking, smoking and soul opening conversations, that's another immigrant bond.  It a typical immigrant story really, some came by boat, some by plane, and others walked, and they held on to each other. Holding together is another immigrant bond.

This is less about the Michael's passing, but about the most beautiful bond immigrants share. Those songs and memories they carried in their hearts. Those songs that held them together.
After Michael's wake at the funeral parlor everyone retreated to some Old One's house for food and punch. Let me make something clear the term old one in Irish culture is a term of respect. Our Old One hold us together. This Old One's place was I really in Marie Hennessy's parlor. She was a fixture I knew growing up as a child. Always watching out for us as we played in the streets. Too many old faces I could not remember them all, but they remembered me, and made sure I remembered them. It'd another immigrant thing. Remembering is important.

I have been to many Irish wakes. When the person is really old, they are not sad events. We mourn, but the mourning is fulfilling. People share beautiful and funny stories, they eat, drink, and finally we sing. We learn to embrace death with courage, hope and love at Irish wakes.

This gist of this story is about the beauty of a wake, and strength of America's immigrants. As the hours grew late, the liquor took its effect, first a fiddle, then a tin whistle, next the Mandolin, and then comes the singing. The ladies sing, the men sing, and everyone sings. Trust me when I say singing is the heart of any immigrant. The Ladies sing "I'll take you home Kathleen" to remind their men of the promises made to take them home again. The men sing Irish Rebel songs. Then come the lament songs, the pouring out of the grief, the sorrow, the passion and lost of leaving your home behind. It's the laments that hold immigrant souls together.  In Grandfather's time, most immigrants left, and never went home again. It's something the old immigrants shared with today's undocumented immigrants. If you are undocumented it's the same. You can't go home. Going home means you can't come back. Besides going back after 30 or 40 years means being a stranger in your own homeland. My grandfather would love thees undocumented. His bond with them would be strong. For immigrants it's the journey not the status that unites them.
My grandfather's song, his choice a lament: "Leaving Nancy" it's a new tune, (late 1960s), but it could have been written two hundred years ago. It was born a classic. It's about a son emigrating leaving his mother behind. For my grandfather that day was the last time he touched his mother's face, brushed her hair, held her hand, and hugged her. This immigrant stuff takes strength, determination, and courage. It's the stuff every immigrant got plenty of. It's the stuff that makes them.

He starts:
The parting has come, and my weary soul aches,
I'm leaving my NancyO'

But you stand there so calmly determinedly gay,
And you talk of the weather and events of the day,
But your eyes tell me all that your tongue doesn't say,
Goodbye my Nancy O'
[Chorus]
And come a little closer, put your head upon my shoulder,
And let me hold you one more time, before the whistle blows.

My suitcase is lifted and stowed on the train,
And a thousand regrets whirl around in my brain,
And the ache in my heart is a black sea of pain,
I’m leaving my Nancy O'

For our time, has run out and the whistle has blown,
And here I must leave you standing alone,
We have so little time and now the time's gone
Good-bye my Nancy O'

And as the train starts gently to roll,
And as I lean out to wave and to call,
I see your first tears, trickle and fall,
Good-bye my Nancy O'

Before it ends every man in the room joins in. Every eye is watering, because this is the immigrants bond. It's a sea of mothers, fathers, brothers and sisters left behind. It tough to be an immigrant. At times it hurts so much that not even all the drink in the world can buried it. This is the tag-along bond of an immigrant’s grandson. This is the bond that made the man I am. The old man always said you have to walk in another man's shoes to know him. His song was his way of allowing me to step into his shoes. Immigrant shoes far too big for me. He sang it, he built it, so I could live it. It's stronger than our flag, it's stronger than our laws, it the stuff that makes America Great.
With all due respect President Elect Trump, America is already great, and a large part of that greatness comes from the immigrant bonds that sacrificed it all for this American dream.
Love, peace, and joy to every immigrant soul out there,
Jesse The Walking Man Turner

If you like to his the tune that lifts this Walking Man today its the Fury's version of Eric Buggle's "Leaving Nancy" https://www.youtube.com/watch?v=JcH7pBDvdYc