The fruit may fall further from the tree than one thinks

I am an old school Civil Rights activist. I was my grandfather's tag along marcher in 63 at the age of eight.

My father was a hater, a racist, an alcoholic who hated everyone and everything. We heard the N word every night in our apartment. Heard Faggot, whoa, bitches, wetbacks, and even the cursing of God. My mother did her best to say pay him no mind. She prayed every night I would be different, and God sent us my father's father.

My father's father, my grandfather answered her prayers in the only way he knew how...by example.
He challenged his racist son every day. He modeled love, humanity, and hope in his every step.
My grandmother and mother would support his taking me...his namesake 8-year-old grandson to Dr. King's March On Washington.
He never talked to me like an eight-year-old, he spoke to me as if I was his equal, a fully-grown man, he spoke to the man he hoped I would become. I chose early on to follow his words, and reject the hate coming from my father. I imagine many young White Children live in homes where racism lives, but where love can creep in. Everyone needs a humanity first hero, he is my humanity hero, everyone needs someone to talk to them not as a child, but as the person that they might become.

Maybe my grandfather saw in me the chance to make right the conversations he should have had with his son? I'm not sure, but I was blessed to grow up with his voice of hope, love, justice, and humanity.
I remember him explaining to me as a young man about Dr. King's 4 stages to determine between just and unjust laws.
Here they are to the best of my memory: Four basic stages:
1. Collection of the facts to determine whether injustices exist;
2. Negotiation;
3. Self-purification; and
4. Direct nonviolent action against unjust law”
I was old school educated, old school talked to, old school raised...
My grandfather said fathers don't choose for their sons, sons choose for themselves. My hope is young Jess you choose justice, love, peace, humanity.

If I should die this night before this day ends, know I shall have no regrets and no fears.
For, I have sided with love, and when all is said and done... In the next life, I shall again walk with that old man who taught me well, who fortified me well, and who left me a greater legacy of love bigger than hate.
Yes, I'm old school, and old I shall remain until that great uniting in the sky.
Jesse The Walking Man Turner

If you like to listen to the tune I listen to on my walk up Monadknock Mountain this morning it's "Ain't No Grave" cover by Jamie Wilson. 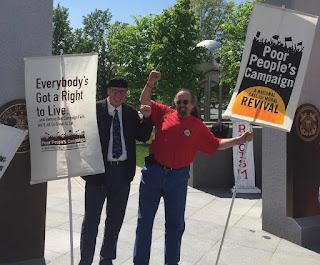