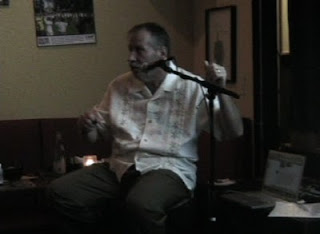 I had a call last night from a mother of Eddie a 7-year old boy whose son is not reading at his DRA benchmark. She explained Eddie has been coming home crying almost every day this year. Dr. Turner he has to read for 30 minutes every night, and he cries the whole time. After he goes to sleep I cry. He cries, because he hates reading now. We use to read together for hours every night. Then somewhere in the middle of first grade it became a chore. Everything changed last spring. Now I cry, because reading breaks my boy’s heart. You can’t do anything in life if you can’t read. I think he could catch up, but they need to give a rest from all this testing first.
Next she told me his friend show him his DRA score on the wall of the faculty/parents meeting room. So the other boy tells him you S__k in reading, and they are going to leave you back this year.  Look you are the worst boy in our class. You are so stupid Eddie.
Well, he decided to punch, kick, and bite that other 7-year old boy, and so his mother was called into school. Well they suggested anger management for her son. She certainly does not endorse his behavior she explains, and indicates she will work on his anger problem. She explains this reading issue has totally demoralized him, and now it looks like it is demonizing him as well. Now his mother wanted to discuss why his scores are up on the wall for public viewing. She wanted to discuss how weeks of reading testing is adding to his dislike of reading. However, none of this would be discussed at the meeting. She tried, but was told we are not here to talk about his reading today. We are here to discuss his behavior. So Eddie’s mother leaves, and drives home in tears.
We talk for over an hour I calm her down, and say bring him to the Literacy Center in the spring we’ll work on his reading. Later on that evening I shed a few tears of my own, because this stuff doesn’t ever seem to end under NCLB. I remember another time, when 6-year olds and 7-year olds use to be allowed to have a childhood. There was a time when our Children were more than test scores, and certainly more than data on a school wall.
This is madness, this is wrong, who are these people who are doing this to our children.  Do they really believe all this testing is making children enjoy reading? At Eddie’s school last year they spent nearly 12 weeks on testing, or practicing for their test. Come on people he was six years old old!
We need a revolution against this assault on childhood. This won’t stop until our policy makers and politicians hear from us that “Children are more than test scores.”  I am going to the “Save Our Schools” March in Washington DC next July 30th and 31.  Silence and apathy are not acceptable.
I am walking to DC again,
Jesse
Posted by Jesse Turner at 3:11 PM