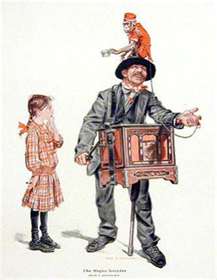 Richard Rothstein research associate of the Economic Policy Institute expresses his concerns about NCLB stating:
“Assuming systemic failure to justify a frenzy of ill-considered reforms, we've spent almost no time investigating what caused these trends. We can only speculate. Rather than spending such energy imagining how schools have failed, so we can fix them, we might devote attention to investigating what schools have done well, so we can do more of it. Rothstein is not generalizing he is using decades of NEAP data to share that the achievement gap was closing faster pre-NCLB than post. Check it out for yourself:
http://www.epi.org/blog/reformers-playbook-failing-schools-facts/
One wonders when the DOE in DC might begin to look at the data as well rather than repeating the unproven mantras of the so-call school choice movement. Isn’t it time we grade the DOE in Washington? Three Secretaries of Education, a decade of failure, and nearly a trillion dollars spent for closing a achievement gap that was closing faster before they arrived.
Let me start with L for lies, P Ponzi schemes, and F for failure.
What is your grade for the DOE?
Wondering what the Walkingman was listening today on his walk:
http://www.youtube.com/watch?v=QCj_QEcuhNQ
"When I was a young man  Just gotten out  I didn't know  What this world was all about  I was lied to, I was cheated  I played all kinds of fools  It didn't take me long  To learn the rules"
Fool me once, shame on you  Fool me twice, shame on me"

Get ready for a fight
Posted by Jesse Turner at 10:06 AM