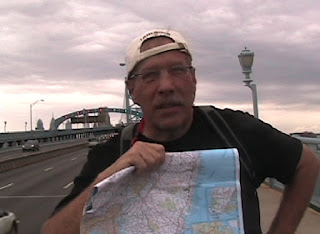 In Valerie Strauss's article "The Answer Sheet" in the Washington Post,  she highlights the Diane Ravitch and Deborah Meier blog where they exchange letters about their thoughts on education. It is one of the best blogs on education anywhere, and a real treat to read. >http://blogs.edweek.org/edweek/Bridging-Differences/<
In a letter Diane wrote to Deborah about the lobbying group ALEC's harmful influence on school reform she  ends with the question "where is the leadership that is opposing the privatization of America's public schools?" Below is my reply:


Dear Diane, as you know the leadership certainly won't be found in the offices of our elected officials, or on the mayoral controlled boards of education in any of our major cities. It won't be found among the politically appointed policy makers singing that mantra of "testing and standards will fix everything". It won’t be seen on CNN, MNBC, or Fox, who are all mezmorized by the spin doctors of ALEC, and their clients who pay their bills.

No indeed, for the leadership that is opposing the privatization of our schools, you will need to look into the trenches of America’s local public schools.
On the social network blogs of parents, teachers, and activists online.
You find them Occupying and Say No to The Test with Opt Out.
10,000 of them were to be found marching in DC with SOS last July, and this August are planning a People's Education Convention in DC.
They are all over Facebook:
Teachers’ letters to Obama,
Children Are More Than Test Scores,
Testing is not Teaching,
Schools of Professional Conscience,
Save Our Schools ~ The Movement,
Parents Across America: Put The Parent Voice Back in Public Education
Save our Schools March, and Call To Action Causes,
wow ~ there are just too many to list here.

You can find leadership:
Passing the anti Charter school resolutions at NAACP,
Mary Broderick the National Schools Board President writing a public letter to President Obama saying RTTT policies demonize teachers, and demoralize children,
At the National Council of the Churches of Christ (USA) Publishing An Alternative Vision for Public Education A Pastoral Letter on Federal Policy in Public Education: An Ecumenical Call for Justice.
Or the more than 1,400 New York State principals that signed a petition asking state education officials to rethink their reform agenda.
Like you I see it online at Colorofchange.org's campaign to tell corporations to stop funding ALEC.
I see it in the blog and books of Dr. Yong Zhao, Jonathan Kozol, Alfie Kohn, Stephen Krashen, Nancy Carlsson Paige, Deborah Meier, and you Dr. Ravitch.
I read leadership in their written words, and I am hearing it everywhere they speak.
I see it in the faces of the students, parents, and teachers fighting school closings all across our nation.


Leadership in the 21st century doesn't wear Armani suits, or make deals in the back rooms of our nation's DOEs, or city halls. New leadership is emerging in the nooks and crannies of democracy all across America, and it is growing every day, and it can’t be stopped.
It’s the stuff that John Steinbeck wrote about in The Grapes of Wrath. When Jim Load says: “Whenever they's a fight so hungry people can eat, I'll be there.
Whenever they's a cop beatin' up a guy, I'll be there . . . .
I'll be in the way guys yell when they're mad an'-
I'll be in the way kids laugh when they're hungry an' they know supper's ready.
An' when our folks eat the stuff they raise an' live in the houses they build-why, I'll be there.”
Dearest Diane and Deborah the leadership is here, it's in you, it's in me, and every American who rejects the notion that the most important thing they did in school was take a standardized test.
Let's tell it on every mountain top.  We can’t be silenced, and we can't be stopped.
We are everywhere there is a child, parent, or teacher yelling they’re mad at a system that thinks the most important about a child is a test score.
You want leadership, come to Save Our School People's Education Convention August 3-5 in Washington DC.  SOS is calling for a gathering of leaders from all corners of our democracy opposing this madness.
To those who want to place a "For Sale" sign on our public schools.
Tell the world we are planning to sign a declaration of independence from their testing madness, their top down management, their scheme to privatize our public schools, and we plan to take that declaration to every governor, every DOE, both political party conventions, and to every school board in the land. Let America know we are all walking to Save Our School in 2012!
Jesse Turner
The Save Our Schools March National Steering Committee