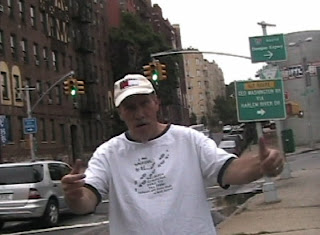 2002 failing policy: NCLB
2008 failing policy RTTT,
2012 Common Core State Standards, and the test to measure our compliance.
Now Ed refromers it's three strikes and you are out.

Tough luck getting passed the CC if you are a priority school district, (poor district). State funding often requires these districts to blindly follow all DOE initiatives. In reality state initiatives are really Federal mandates that since NCLB was implemented come without the real resources to implement them out. After 12 years of NCLB/RTTT some school districts in Connecticut have began to question reform policies. Thus Connecticut has Special Masters to oversee them, (Windham and New London), and in Bridgeport people like Paul Vallas. My opinion is their mission is to remove any administrators or teachers who question state initiatives. At this point in urban districts more and more teachers don't believe any of their hype. This cuts across length of teaching experiences. Especially teachers with advanced degrees, they are required to know education research. Something people like Vallas, Duncan, and Rhee know little about. Research is important, because it helps us avoid doing the same stupid things over and over again.
One peice of research Ed Refomers missed

One of the most important literacy research studies in the history of American Education is:
"The First Grade Studies" (Guy Bond and Robert Dykstra, 1964-67). These comprehensive studies researched how young children begin to learn how to read. (27 different individual projects coordinated by7 27 different directors in which a cadre of researchers compared first-grade reading programs from 1964 to 1967. (A recap from (www.weber.edu)
They research 3 basic questions:
1. To what extent are various pupil, teacher, class, school, and community characteristics related to pupil achievement in first-grade reading and spelling?
Answer: Negligible. “To improve reading instruction, it is necessary to train better teachers of reading rather than to expect a panacea in the form of methods and materials”(p.416).
Too bad our NCLB policy makers did not pay attention to this research. They went on to spend billions of dollars on Reading First Schools that force prescribed literacy programs on schools. 6 years later the findings indicated third graders in these schools actually lost comprehension. Plus the only group to show any comprehension gains was the control group, (these are the groups that did what they already were doing). Now you why, the Reading First Schools experiment ended. Of course, no one was fired, no one was repremanded, no one was held accountable for the 6 billion dollars spent on this U.S. DOE reform experiment. These edunation reformers operate across the nation without repricussions, they are above accountability, and in the case of Paul Vallas even the law in Connecticut.

Getting back to the questions
2. Which of the many approaches to initial reading instruction produces superior reading and spelling achievement at the end of the first grade?
Answer: classrooms using an integrated approach, which combined systematic phonics with reading for meaning and writing, far surpassed those using mainstream basal programs. “No one approach is so distinctly better in all situations and respects than the others that it should be considered the one best method and the one to be used exclusively “ (p. 416).
Once again too bad our NCLB Policy did not review the literature before they wasted 6 billion dollars over 6 years on non-integrated basal programs. These education reformers are above the research, we are told they operate like CEO(s). Funny, I know of no sucessful private scetor ventures that operate with paying close attention to research.
3. Is any program uniquely effective or ineffective for pupils with high or low readiness for reading?
Key finding the persistence of project differences in reading achievement, even after adjustments were made statistically for differences in pupil readiness for reading. Reading achievement is influenced by factors peculiar to school systems over and above differences in pre-reading capabilities of pupils. (1997, p. 415).
Now, what might two of those differences be? Poverty, and quality preschool experiences, you know two of the things Finland when after as it moved from the bottom to the top of international education rankings.
Secretary Rod Paige who opened up our National journey into NCLB said poverty doesn't matter, and was no early childhood advocate. With A trillion dollars they could have easily made Early-Childhood Education free and universal without raising one single tax dollar. Instead America’s public schools were handed new standards and testing. Something that has no historical data to indicate it has ever been effective anywhere in the world.
America's leading Ed Reformers have for over a decade done what no serious researcher would do. They cherry pick their studies, and over looked the "First Grade Studies" one the most respected research studies in education. They overlooked research studies on retention, correlations between high stakes assessments and drop out rates. They ruled out the ones that indicated a connection between heavy emphasis on high stakes assessments, and behavior problems and higher rates of special education identifications. It appears they overlooked anything that might question their objective of increased testing.
A decade of massive failures later, they don't even cite any research, they enter in board untested experiments. This means they are turning more and more to people with little or no experience and knowledge of education research. Thus the former semi pro basketball player with no teaching experience, no school administrative experience is made U.S. Secretary of Education. Duncan's fellow reformers Paul Vallas, Michelle Rhee, and a host of others given the keys to the kingdom.

WHY?
This leadership quickly realized that it does not take long for them to realize that even new teachers quickly lose faith in their reform policies. Thus, the reformers push for more TFA(s) in our public schools. TFA(s) perfect people to deliver DOE policies, because they won't stay around long enough to understand they are being used.

Coconspirators the Main Stream News Media
America's free press isn't so free these days, and they willingly supported every reform every step of the way. Why? Well, Judas betrayed Chirst with a kiss for 30 silver pieces. Our media these days owe it's soul to ALEC. Who do you think buys add time on our major news networks? You got it ALEC sponsors. If you are interested in more about ALEC: Dr. Morna McDermott has a nice utube video that connects ALEC to ed reform. https://www.youtube.com/watch?v=vvUMk1ro27E

WHY are Ed Reformers still force feeding these reforms on our schools : in my humble opinion MONEY! Our children, their teachers, and our public schools are for sale.
I am fighting back,
I am rejecting their betrayal.
I am rejecting their "for sales' signs,
This is why I walked to DC,

This is why I marched with SOS,
This is why I am a BAT,
This is why I will join my SOSers brothers and sisters as they join the 50th MKL Anniversary March on August 24, 2013,
Still resisting and still marching,Jesse The Walking Man Turner

On my walk over the mountain this morning I listened to one of Momma favorites : the Staple Singers "I'll take you there" http://www.youtube.com/watch?v=uY3vgBzgYn4
If you need to know the way to DC...I'll take you there