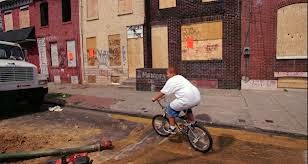 Poverty matters
Walking on this early November frost morning my mind drifted back to the winter without heat, the Thanksgiving without a turkey, and a eviction notice on our door. I feel for those teachers who taught me in schools during those days. I was nothing, but trouble, and hated the world.  Although I was locked in a hatred of life, they still reached out to me. They still taught me, and they never once gave up. Somehow education reformers and policy makers think think they can measure a teacher's determination to reach poor children via test scores and rubrics. Rather then ask teachers:
There are a million questions we should be asking about the children attending our public schools. The above are my top ten. As far as I know no Race To The Top reformer is asking any of them. Of course these reformers have spent little, or no time teaching children in poverty.  They do walked through schools, hold press conferences, play golf, and take photo opts. They never stay longer than an hour. It's sort of Ed Reform drive by visits.   At a meeting yesterday a colleague said there are over one million homeless children going to our nation's public schools. What are we doing to help them? What are we doing to help their teachers? NOTHING! These are the kind of words that cut me as sharp as any knife would. It's on cold mornings my heart breaks. It's on cold mornings I walk a little harder, and turned to whispered prayer.
Doctor Martin Luther King said: "We are not coming to engage in any histrionic gesture. We are not coming to tear up Washington. We are coming to demand that the government address itself to the problem of poverty. We read one day, "We hold these truths to be self-evident, that all men are created equal, that they are endowed by their Creator with certain inalienable Rights, that among these are Life, Liberty, and the pursuit of Happiness." But if a man doesn’t have a job or an income, he has neither life nor liberty nor the possibility for the pursuit of happiness. He merely exists."
Poverty breaks a heart, but my Momma had a secret weapon, she had a hero, and she had prayer. Dr. King was Momma's hero, and prayer her weapon. She would not let her son's heart remain broken, she would not only fight to feed him, but to mend him. There is not a single day that goes by in my life without a round of thank you Momma prayers.

There is something wrong with the richest nation in the world standing by as it's poverty rate keeps rising. Something is wrong with a nation whose leaders focus more on increasing the earnings of it's most connected, most powerful, and wealthiest citizens rather than helping it's most needy. There is something wrong with our nation's leaders cheering as Wall Street profits rise, and not noticing the growing lines at our nation's soup kitchens. There is something right with mothers who fight against the poverty that robs the dignity from their families. There is something wrong with a nation that cuts 5 billion dollars from it's food stamps program. There is not a day that goes by without me praying for change in America. Doctor King said:
"We shall overcome because the arc of the moral universe is long, but it bends toward justice.
We shall overcome because Carlyle is right—"No lie can live forever."
We shall overcome because William Cullen Bryant is right—"Truth, crushed to earth, will rise again."
We shall overcome because James Russell Lowell is right—as we were singing earlier today,
Truth forever on the scaffold,
Wrong forever on the throne.
Yet that scaffold sways the future.
And behind the dim unknown stands God,
Within the shadow keeping watch above his own.
With this faith we will be able to hew out of the mountain of despair the stone of hope. With this faith we will be able to transform the jangling discords of our nation into a beautiful symphony of brotherhood."
My Momma loved Martin Luther King, and made him the role model for her only son whose father abandoned him on his tenth birthday. Momma said God sees all, God judges all, and no one escapes his justice. Momma and Dr. King's legacy to me is hope. I am a man of hope who can't be broken, can't be defeated, and can't be turned around.

It's time for justice people. Imagine if we just started voting these sinners out of office? We are the people, we are the many, and we can change it on any given election day.
There is no clearer example of the failure to address poverty than the federal education policies of Race To The Top.  Poverty Matters, and what did our President do to help the poorest and most needy children attending our public schools?


In March 2009, the President of the United States gave governors $53.6 billion from the “State Fiscal Stabilization Fund” contained in the federal stimulus package. The money was used in exchange for the adoption of four federal K-12 education reforms. What did 53.6 billion dollars get America’s poorest children?
The US Department of Education’s website details the four federal education reforms that 46 states are almost done implementing:
1. Adopt College-and-Career Ready standards and high-quality, valid and reliable assessments for all students.
2. Develop and use pre-K through post-secondary and career data systems.
3. Increase teacher effectiveness and ensure equitable distribution of qualified teachers.
4. Turn around the lowest-performing schools.

4 things 53.6 billion dollars did not do!
Imagine if our politicians understood- that poverty mattered?
Imagine if our politicians did something to fight poverty?
Imagine rather than a growing poverty rate we had a growing middle class?
I have grown tired of let them eat new standards and testing.
I imagine new leadership?
Isn’t it time we voted every single supporter of the Common Core, Race To The Top, High Stakes Testing, and expensive online data tracking systems out of office?
No more wasted votes on leaders who just don't get it-poverty matters.
I will be voting for new leadership, a leadership that focuses on main street, and not on Wall Street,
Jesse The Walking Man Turner

If you are wondering what the Walking Man listened to this first frost morning on his walk.
It's Bruce Springsteen singing Woody Guthrie's "This Land is your land" http://www.youtube.com/watch?v=1yuc4BI5NWU
Posted by Jesse Turner at 8:59 AM