Like a tree by the river, I shall not be moved! 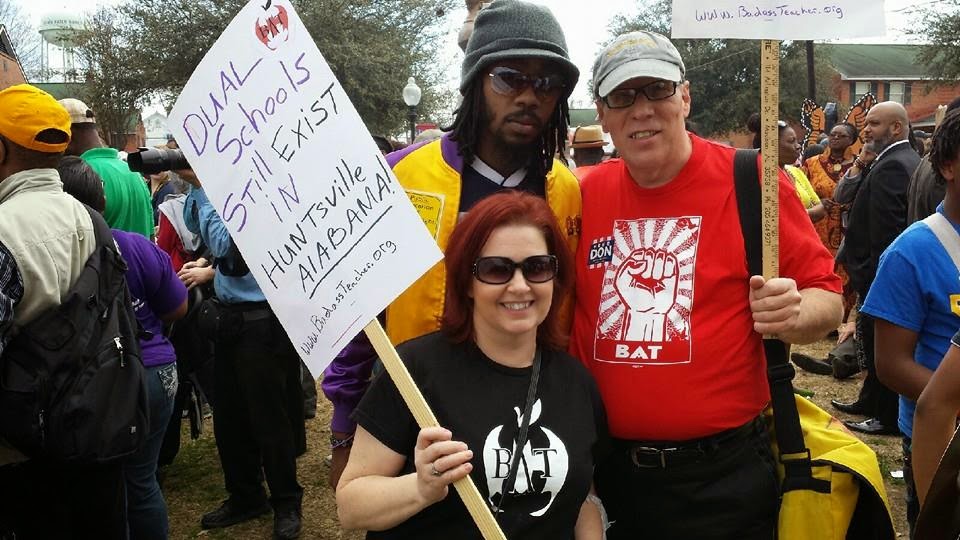 Why DC? It's our nation's sacred ground!
Why travel to stand with my fellow teachers, and with parents?
It's a teacher thing?
It's a BAT thing!
It's an Opt Out thing!
It's an American thing!
Why fight the wealthy, powerful, and the connected?
It's a moral thing!
Why fight back against injustice?
It's A Selma thing!
It's a Walking Man thing!
It's the right thing!
William Lloyd Garrison that great abolitionist said: "I will be as harsh as truth, and as uncompromising as justice. On this subject, I do not wish to think, or to speak, or write, with moderation. No! no! Tell a man whose house is on fire to give a moderate alarm; tell him to moderately rescue his wife from the hands of the ravisher; tell the mother to gradually extricate her babe from the fire into which it has fallen; — but urge me not to use moderation in a cause like the present. I am in earnest — I will not equivocate — I will not excuse — I will not retreat a single inch — AND I WILL BE HEARD.”
In 15 days I will drive down to Washington DC with a carload of teachers to the stand against our United States Department of Education polices that reduce children to test scores, turn teachers into the enemy, parents as naive moaners, and public schools as the problem. No lobbyist, no political party, no union is paying for the gas, the hotel, the meals, Bill Gates is not funding this ride. My own dime is driving this car. Morality does not travel on the money of the wealthy, the powerful, or the connected, morality travels on the wings of hope.
I will not equivocate,
I will not excuse,
I will not retreat a single inch,
Like a tree by the a river I will not be moved,
This BAT WILL BE HEARD.
Friends this Walking Man goes to DC on the wings of hope to be heard,
Jesse The Walking Man Turner

If you want to hear what the Walking Man is listening to on his walk today? It's I shall not be be moved by John Hurt. > https://www.youtube.com/watch?v=tLc8YeXP8FY <