Silence and apathy not me 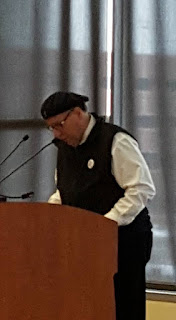 Silence and apathy are not acceptable when:
49 states spend more money on their wealthy schools than their poor schools,
When Detroit's public schools crumble, and their children are poison,
When DEYETT parents in Chicago have to go on hunger strike just to be heard,
When your nation is number one in prison incarceration,
When the middle class in your nation are no longer the majority,
When Wall Street and banks get bail outs, and the young are saddled with student loan debt,
When our nation's public schools are for sale to the highest bidder,
When CEOs income increases 850% while minimum wage earners need soup kitchens and food pantries just to get by,
Silence and apathy are not acceptable when the city of Cleveland files a creditor’s claim for $500, saying the mother of Tamir Rice owes them for the ambulance and paramedics that tended to his 12-year-old’s body after he was shot by a police officer in November,
2014,
Silence and apathy is not acceptable when Billionaires and lobbyists write legislation for our nation,
Silence and apathy not me,
Jesse The Walking Man Turner 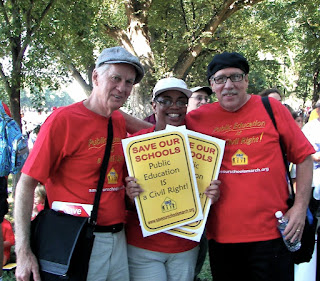 If you want to hear what this walking man listened to on his walk on this very cold morning...it's Patty Griffin singing "up To The Moutain" MLK tribute....
> https://www.youtube.com/watch?v=TCGDPJwm5YM <