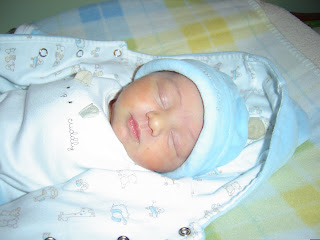 This is my Grand Nephew, and like all children he was born so much more than a test score. One can only wonder what kind of fools would reduce children to mere numbers on a test.

Dr. Martin Luther King wrote in his autobiography: “I became convinced that noncooperation with evil is as much a moral obligation as is cooperation with good. No other person has been more eloquent and passionate in getting this idea across than Henry David Thoreau. As a result of his writings and personal witness, we are the heirs of a legacy of creative protest."

I am called to walking as my creative protest. Dr. King’s legacy of service compels me to walk.  I imagine the first time Martin heard James Weldon Johnson’s “Lift Every voice and sing”. I try to live in Martin’s steps today. His shoes are of course much too big for me. I took his American history lesson with me on my walk today. Principal Johnson’s poem "Lift Every Voice and Sing" was publicly performed first as a poem, as part of a celebration of Lincoln's Birthday on February 12, 1900 by 500 school children at the segregated Stanton School. In 1919 it would be set to music, and the NAACP adopted the song as "The Negro National Anthem." Principal, James Weldon Johnson, wrote the words to introduce its honored guest Booker T. Washington.
The song provided Dr. King and a nation of African Americans with hope for the future, and pride in their struggle for equality. While walking today from Meriden to North Haven Connecticut Principal James Weldon Johnson’s words gave me strength and filled me with hope as well. There is something powerful about walking, reflecting, and singing that empowers a person. It is no coincidence that the first public reading began with the voices of 500 children. If you open your hearts, and close your eyes you can hear the children singing:
“Lift every voice and sing,
'Til earth and heaven ring,
Ring with the harmonies of Liberty;
Let our rejoicing rise
High as the listening skies,
Let it resound loud as the rolling sea.
Sing a song full of the faith that the dark past has taught us,
Sing a song full of the hope that the present has brought us;
Facing the rising sun of our new day begun,
Let us march on 'til victory is won.”
Today my whispered prayer is for 500 voices singing Principal’s Johnson’s poem whenI arrive in Washington DC on Labor Day.

While reflecting on our government’s obsession with testing, I also reflected on The U.S. Department of Justice 2009 Children’s Exposure to Violence: A Comprehensive National Survey Reported that on Physical Assault Nearly one-half (46.3 percent) of all the children surveyed were physically assaulted within the previous year, and more than one-half (56.7 percent) had been assaulted during their lifetime. I find my self-wondering why our nation’s leaders see standardized testing as the our nation’s number one problem, and not violence? Am I the only one who sees the disconnect here?

On the road this morning. While walking in Meriden I came upon an elderly women walking with a cane. The path was small so I walked off to the side to give her a free path. She smiled, and said: What a good-looking young man you make walking. I said thank you for the complement. She said it is so nice to see people walking to get healthy.  I said my name is Jesse I am walking to DC to protest all the tests children are taking in schools. Well, she just looks at me, and said WHAT!  All the way to DC? In the next few minutes I discover her name is Sharon she is 73 years old, and a retired teacher. She tells me she can’t drive anymore so she walks. She said I have lost over 100 pounds. I smile, and told her that beats my 48 pounds I lost preparing for my walk.  Next she said: Already married I suppose?
The good ones are always taken. Before I leave she tells me "those test were stupid when I taught, and they are still stupid today"
Sharon is the first person I have talked to on the road while walking. Remember I begin my walks at 6:AM to beat the traffic and heat. Not many people out that early. I loved our little talk. Usually it's me, and the morning chorus of birds singing, and the passing cars just rolling along.

About an hour later in Wallingford I pass a beautiful little trailer park.  It really is beautiful, well kept with nice small gardens outside many homes. I see another elderly women with a child outside waiting for the school bus. While passing them the little girl said: “Nice walking stick mister”. I reply "thank you I am walking to DC" Well Grandma’s face lights up, saying” All the way to DC…You must be kidding?”  In less than a minute I explain my protest walk to DC. Grandma tells me she is raising her granddaughter. Her daughter and her husband have addiction problems. Then she tells me when her granddaughter was in the third grade she came home one day angry, so I asked her "what did you do in school today? She is such a sweet girl, and always tells me something nice, but this day she just puffs up, and doesn’t say a word. I pressed again, and the next thing I know is she is crying. She starts saying I am stupid, I can’t do these tests. Well I said you are not stupid those tests are stupid…When you get to Washington DC you tell those people the test are stupid not our children"

Walking along I think yes it is stupid for our nation to spend billions of our tax dollars on more testing when over half of or children report being the victims of violence. We can't afford to let Washington DC educational plicy dictate what happens in our public schools any longer. They just don't get it, and neither does our national media!
When was the last time the national press walked America's roads, and stop to talk to everyday people about No child Left Behind/Race To The Top?
We need to stand up, speak up, walk, write, and email our policy makers and politicians to stop their foolishness.
Dr. Martin Luther King said: “Our lives begin to end the day we become silent about things that matter.”
I hear you Martin, and I promise I will not be silent about things that matter.
I am walking to DC,
Jesse
Posted by Jesse Turner at 5:35 AM