Time to start blogging about my journey again.

http://www.washingtonpost.com/wp-dyn/content/article/2010/10/07/AR2010100705078.html
So the so called savoirs of public schools have come to save us! How to fix our schools: A manifesto by Joel Klein, Michelle Rhee and other education leaders.


For me it has always come down to a law, (NCLB) that lacked any moral compass from the start. The sole indicators to measure academic success under NCLB are test scores on standardized measures.
In some bizarre manner NCLB claimed to be focused on closing the achievement gap while effectively taking the focus off equity issues, and shifted the focus to outcomes on standardized testing as public schooling savoir. Policy makers, politicians, and many of our educational leadership are no longer focused on issues of race, poverty, and those “Savage inequalities that Jonathon Kozal so effectively wrote about. Testing is seen as the means to ending inequality. So rather than deal with the real issues leadership points fingers of blame to everyone, but themselves.
This lack of any moral compass is what moved me outside my academic role into the arena of activism. This past summer I walked 400 miles in 40 days as part of protest against NCLB/RTTT. I started walking in Connecticut, and ended my walk in Washington DC at the American University. Along the way I met with parents, teachers, administrators, authors, and community members. Not one person along the way felt the current education reform policy is having a positive effect on learning and teaching in their local schools. Educators reported that up to 3-months of the school year is being spent on testing. Testing is not teaching, and this merely results in a major loss of instructional time. Parents reported the pressures of all this testing is increasingly resulting in children who no longer like school. This is why I will return to Washington DC next July 30 & 31 2011 to participate in the SOS Million Teachers March and Teach-in at the American University. I am asking a nation of parents, teachers, and activists to join me in a one million miles protest walk. People can walk, ride, or skateboard, in preparation for next July rally and teach-in. I need 2000 people to walk 500 over the next 8 months. People can email me their weekly totals for posting on our facebook page "Children Are More Than Test Scores".
Take a stand against this insane reform policy join us in the resistance to the mental slavery of NCLB/RTTT
Sincerely,
Dr. Jesse Turner
Creator of the facebook group Children Are More Than Test Scores.
PS: For a critical response to their manifesto read Professor Kevin Weiner's piece "Manifesto should be resignation letter.
http://voices.washingtonpost.com/answer-sheet/guest-bloggers/manifesto-should-be-resignatio.html
In the meantime I am walking a million miles to protest this madness called NCLB. 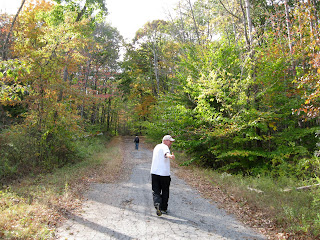