What the Word? Occupy the DOE! 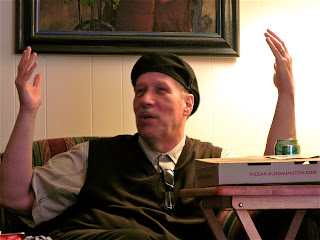 What's the word Occupy the DOE

A good friend from South Africa, Vincent use to say before the fall of Apartheid people would chant "What's the word? Johannesburg!. In late April 1994 I remember clearly my friend's most joyous day in America.
It was when he and some fellow South Africans living in Tucson Arizona drove 3 hours to cast their first votes, they stood in line for hours to vote for Nelson Mandela.
A few months later he returned to his home land knowing the dark days of Apartheid had ended, but he had work to do. He returned to help build a new South Africa. That was his second most joyous day in America. Vincent's lesson to me was there are things worth fighting for no matter how long it takes.

Well America after over a decade of No Child Left Behind, (NCLB) policies our schools are more segregated than they have been in 50 years. Our public schools a tale of two cities, one with all the resources they need, and the other more isolated and abandoned than ever. Our politicians and school reformers point with pride to their efforts that have reduced our children to test scores, demoralizes our teachers, and forces our schools to compete for resources.
Welcome to the world of NCLB Apartheid. We have spent a trillion dollars on testing, and encouraged inequity in our schools.

All you anti school reformers shout this out What's the Word? Occupy DOE
Come one come all to Occupy DOE 2.0: The Battle for Public Schools. I urged all parents, students, teachers, and community activists to converge on the Department Of Education in Washington, DC April 4-7.
If you are planning on joining us in DC go to the following links:
https://www.facebook.com/pages/Occupy-the-DOE-in-DC/232665050126806
http://unitedoptout.com/event/occupy-doe-2-0-the-battle-for-public-schools-read-all-details-here/

What the word? Occupy the DOE,
Jesse The Walking Man Turner

Want to know what the Walking Man is listening to today it's Gil Scott-Heron's Johannesbugh (Live)
http://www.youtube.com/watch?v=3N8IIN_1fL4