Secretary King, I am tired of Justice Is Coming Someday 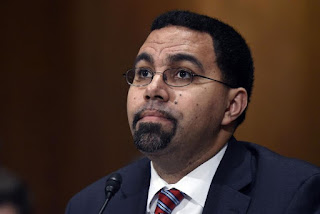 United States Secretary of Education came to Trinity Magnet School in Hartford Connecticut today. He came to say Hartford's network of magnet schools in Connecticut can serve as a model for achieving the kind of diversity that is lacking in too many American schools, Funny how his visit came while schools were on summer break. If he just waited another two weeks....Well you can read all about it in this link.
https://www.yahoo.com/news/education-secretary-discuss-diversity-hartford-school-042105505.html?nhp=1


My response to Secretary King's Visit.


Dear Secretary of Education John King, I heard you visited one of our Hartford Connecticut Magnet Schools this week. It must be nice to cherry pick your visits. I noticed you failed to stop by Governor Malloy's office to suggest Connecticut cease fighting Connecticut's obligation to fully fund our poor schools. Well, you don't want to rock that Equity Someday Boat. Of course as always equity is never on the agenda.

This trip was about that desegregation is coming someday train. Magnets and Charters are coming to save some children of color. Hold on children, the United States Department of Education doesn't do all children. Some works nicely in twenty-first century America. Secretary King, Magnet Schools like Charter Schools always leave a majority of Black and Brown children racially isolated. That segregation someday train also seems to end in inequity for the majority of children of color left behind in their local public schools.

My thinking is you Washington DC policy makers, and our nation's legislators could use a little history lesson. The 1954 Brown Vs the Board of Education decision did not say compromise your way to desegregation. So three years later when Arkansas Governor Orval Faubus call out the national guard to stop the Little Rock Nine from integrating their public schools. President Dwight D. Eisenhower's (1957) signed Executive Order 10730 placing the Arkansas National Guard under his control to ensure the safety of the Little Rock Nine, and ordered they protect the Little Rock Nine. Perhaps somehow in the twisted minds of Ed Reformer revisionist history you think Executive Order 10730 was President Eisenhower's way of saying Governor Orval Faubus take your time desegregating those "Little Rock" Public schools. I bet Governor Faubus would love today's Ed Reform no rush we'll get there someday people. It is so much more civil than Eisenhower's Federal Marshals and National Guard troops on your school house steps.

America, we'll start with a few Magnet and Charter School plans. After all we have only been at it for 10, 20, 30 years. Hold on children be patient change is coming. Just not today. Meanwhile, no one at the United States Department of Education appears to mind 49 states spending more money on their wealthy schools than their poor schools.

If you want to listen to the song this Walking Man is listening to...it's Playing for Change singing that old Sam Cook song A Change Is Gonna Come" https://www.youtube.com/watch?v=4zDeBIA-vQ8 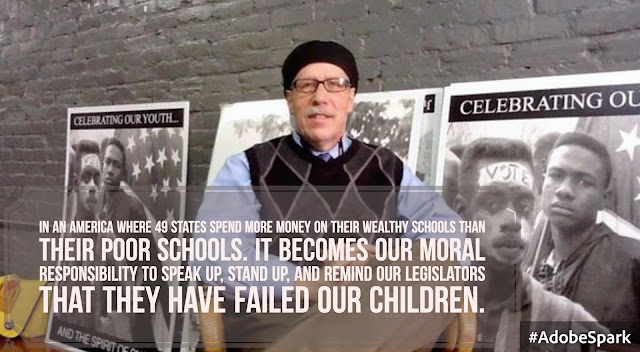