School Choice without equity is INJUSTICE! 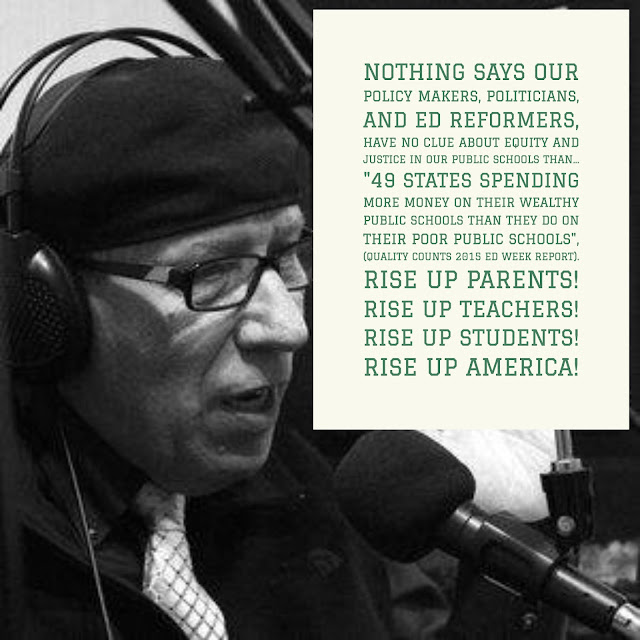 "School Choice" policies began with President Bush, continued under President Obama, and now with President Trump. NCLB, RTTT and ESSA continue to empower reforms forcing poor urban and rural public schools to compete against each other for limited resources.

Competition is not equity, but it is a sure fire way to ensure that many of our most vulnerable children receive inadequate public educations. School Choice without equity diverts the blame from our politicians and policy markers to our children, their parents, teachers, and local public schools. It is the perfect inequity smoke and mirrors cover for failing our moral responsibility to bring justice and equity to our public schools.

Five United States Secretaries of Education Page, Spelling, Duncan, King, and now DeVos advocate policies of high-stakes testing, public school privatization, ever increasing narrowing reading, writing, and math curricula  for the poor, and standards without equity. Education reforms that have already spent over 1 trillion dollars on failed policies for the past 15-years. Education reforms that  have not only failed to bring equity in our public schools. Education reforms that have left Black, Brown and Poor children in the most segregated schools since "Brown v the Board of Education 1954 Supreme Court decision.  We hear the word acountablity often from "School Choice" advocates.
Has any of them been held accountable for their failures?
What is their plan for the next 15-years?
More of the same!
What is this Walking Man plan?
To Rise Up! 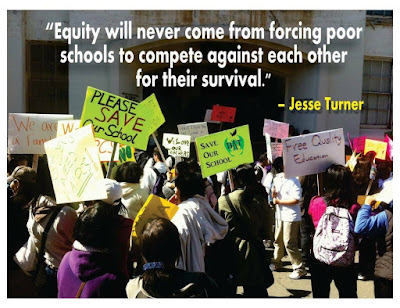 If you like to listen to the song inspiring this Walking Man on his walk this morning...its Andra Day's Live Acoustic version of "Rise UP" https://www.youtube.com/watch?v=DeqUmaquYAY

Singing with every step I take:

Still marching, still rising up for our public schools,
Jesse The Walking Man Turner
Posted by Jesse Turner at 9:13 AM