Take it back...TAKE IT ALL BACK 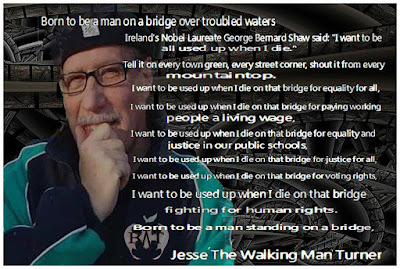 Read All About It! The Connecticut Legislature endorsed and supported by both teacher unions just let the bill that would have stopped using test scores to evaluate teachers die. Trust me people, Connecticut will not be the only state to drop such proposed laws to end VAM measures, or high-stakes testing in our schools. In the end we should judge the elected officials we endorse by the laws they actually pass. Thousands of bills are introduced across our nation every year, but only a handful are actually passed. Politicians love to propose bills, and love letting them die even more. It is time our unions start judging elected officials by the bills they actually passed.  Which brings me to all those leaders who danced in the streets celebrating the passage of ESSA last summer.

ESSA changes nothing, empowering governors that led Education Reforms to privatized our public schools are the last people teachers would empower.  Every Student Succeeds Act (ESSA) puts the power of high stakes testing in the hands of governors. Something every Civil Rights Activist group should have opposed, because state governors gave birth to Jim Crow, and they continue to grow new Jim Crow voter suppression laws. In other words the School to Prison Pipeline has always been deeply rooted in state governor led education policies.

Currently we have 13 states with underfunding cases for Black, Brown and poor schools in their courts: AZ, CA, CT, Fl, KAN, NJ, NM, NY, Penn, SC, Tenn, TEX & WA. With governors in each state fighting to dismiss those law suits. Connecticut Governor Malloy as a mayor supported Connecticut CCJEF v Rell case. He supported the Connecticut Coalition for Justice in Education Funding case until he became governor. He has tried to dismiss the case at every level in the courts ever since. According to Education Week Quality Counts 2015 report 49 states spend more money on their wealthy schools than their poor schools. ESSA empowers each of those 49 governors whose states continuously underfund Black, Brown, and poor schools in their states. It lets those governors off for equity and justice in their schools.

In 2010 everyone began defining Arne Duncan's Race To The Top, (RTTT) as NCLB on steroids. Trust me ESSA is RTTT on steroids of inequity and injustice in our public schools. NCLB spent a trillion dollars on test and punish high stakes testing policies. ESSA leaves annual testing in place. Nothing changes people, and our nation's governors were empowered by ESSA to ensure nothing changes. The next trillion dollars goes to the exact same thieves that reduced our children to test scores, and demoralized our nation's teachers. Those Education Reform campaign contributions are going through the roof. Our governors are already dancing in those privatized it all streets. Meanwhile the the Era of Test and Punish plans on destroying public education for generations of children. Silence and apathy are the enemies of justice, and any American not fighting back is standing on the side of injustice. I am calling everyone out. Which side are you on?

Which is why just about every anti high stakes testing groups is march this July in Washington DC. http://saveourschoolsmarch.org/2016/03/sos-coalition-event-Lincoln-memorial/   We'll need every BAT, every SOSer, Every UOO teacher and parent to march with us on 7/8.

BATs were in the marching house from the very beginning. This march was born at the BATs March on Washington last July. While everyone else was celebrating the passage of ESSA...SOSers BATS, and UOO put NLCB on trail there. The verdict guilty as hell. Both BATs and SOSers left Washington already planning the march to take back our public schools.
The time to trust politicians, political parties, and governors is over. As my brother in the struggle to save our public schools Gus Morales says "Take It Back...TAKE IT ALL BACK.
Ready to march,
Jesse The Walking Man Turner 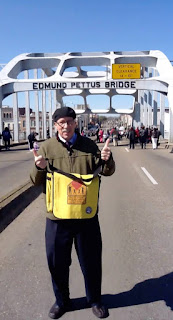 If you like to listen to the song that inspired my walk this marching...its Rachel Platten's "Fight" song
https://www.youtube.com/watch?v=xo1VInw-SKc