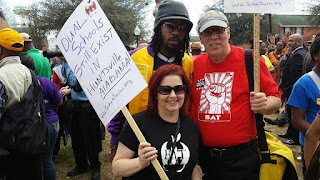 Ethiopian Regent, Emperor, and World Statesman Haile Selassie said: "Throughout history, it has been the inaction of those who could have acted; the indifference of those who should have known better; the silence of the voice of justice when it mattered most; that has made it possible for evil to triumph."

If you believe this world is headed in the wrong direction?
If you believe the agents of racism, misogyny, injustice, evil are running amok in our White House, Congress, the Senate, the Courts, and our State Houses?
Then, if you remain indifferent?
Then you help evil to triumph.

If do not act against the evils of injustice?
Then you are unjust.
For, if you remain indifferent to evil,
You are evil.


If you like to listen to the song that inspires my walk over the Avon Mountain today...its Adra Day's "Stand up for something https://www.youtube.com/watch?v=2GhY7qXGx-0