I stand with the marchers 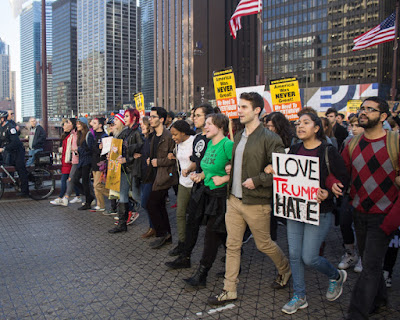 My thinking is the democratic party has lost touch with its own base. Since 2008 they have lost 11 Senate Seats, 60 House Seats, and 900 state Legislative Seats. Don't Blame Trump. Something was happening long before this Trump Electoral College win. Nationally, Hilary Clinton won the majority of American Voters, at the moment she is one million votes ahead, and still growing. You don't need to challenge the outcome of this election. Both Candidates knew the current rules. But, I say she should take the title the People's President, and fight for the platform she ran on. Want the young people to embrace the democratic party?
Then the party must go all out to:
Fight with Elizabeth Warren and Bernie Sanders for poor and middle class lives against the politics of hate.
Fight against money dominated politics,
Fight for a tax code where the rich pay their share. Fight for 15 per hour,
Fight for free and universal health care,
Fight for justice for all Americans,
Fight for a pathway to citizenship for the undocumented,
Fight equity and justice in our schools and our courts,
Fight for easy and early voting in all 50 states,
Fight for good paying jobs,
Fight with Black Lives Matter for justice for all.
Our young people want justice fighters.
Stop thinking in elections, and start fighting with our young people in the streets, in our villages, towns, and cities.

Young people should be marching, because a majority of the American people did not vote for President Elect Trump. Donald Trump said the system is rigged, and it is, and all of us should be marching not to undo the present election, but to change it for future elections. One person, one vote matters. The people should make the choice not the electoral college. The Democratic party should lead this charge to make it one person, one vote.

Make no mistake about the fact Democrats are losing the popular votes in legislative races around the nation. They are losing on the sate level, and these losses are real.
For the past 16 years I have been fighting against education policies of both parties that have done serious damage to public education. The pro high-stakes testing and privatizing under President Obama were more harmful than under President Bush, and Democratic leaders in vast numbers supported NCLB, RTTT and ESSA. I have marched against the education policies of both President Bush or President Obama. Both are responsible for the harmful damage done to children, teachers, and local public schools under their leadership. A Democratic party fighting for high-stakes testing and charter schools is not going to win the hearts of parents and teachers. Trust me union endorsements are not the same as enthusiastic rank and file voters showing up at the polls. Democrats on the state level since 2000 have been strong supporters of test and punish polices. Want parents and teachers stop supporting high-stakes testing on both the state and national levels.

Until Bernie Sanders and Elizabeth Warren came along Democrats paid little or no attention to the student loan debt crisis. They remained quiet while our government actually profited off that debt on our young people to around 60 billion every year. President Obama and most of the Democratic leadership fought for $7.10 not $15 per hour for 6 years. Where were you 4-years ago on 15 per hour? My thinking is the democratic party is losing state races, because they are not fighting hard enough every day for the poor, young people, the sick, and the elderly. I rather a Democratic party lose fighting like hell, then compromise their way to power.

I am so proud of these young people marching. If the Democratic party wants to win all those lost seats back they have to embrace young people, have to listen deeply to young people, and invite them into leadership roles. Share power, mentor, and most of all learn from them.
Fight for health care is now.
Stand and demand universal free health care.
Fight for what is right regardless of whether you win or lose.
Stop compromising on trade deals, student loan debt, and health care.
Fight the good fight everyday.
Most of all Demarcates have to fight for immigrants.
Yes, fight for a path to citizenship, win lose or draw.
Fight for $15 per hour, and trade deals that protect Jobs.
Fight for the people not for Wall Street.

This is the time stand up every day not just every four years for the people. Our young people have been waiting for democrats who fight for justice. Democratic leaders should be marching with Black Lives Matter.

I am feeling very hopeful, because young people of all colors who marched for Black Lives Matters are marching to put hate on notice hate will not win.
Love Trumps Hate, 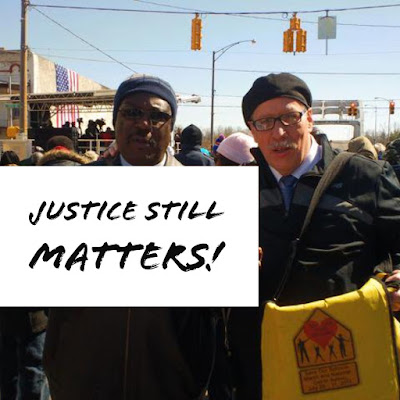 
If you like to listen to the tune I listened to on my walk over the mountain this morning its Dylan's "The Times Are A Changing"  https://www.youtube.com/watch?v=QqvUz0HrNKY
Posted by Jesse Turner at 10:03 AM