Breaking the cycle of silence and apathy with truth to power 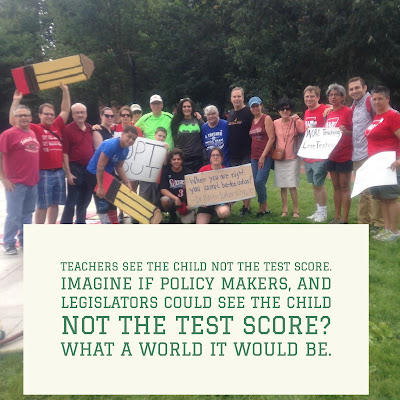 Turning the page at NCTE in Atlanta this morning with Kathy Short, Michael Shaw, Bess Altwerger, Rick Meyer, Debra Goodman, Yvonne Panapuanani Siu-Runyane, Guofang Wan and Elisa Waingort as part of the session Faces Of Teacher Advocacy: Impacting Student Literacy Achievement.
Here are my Notes from my table discussion:
My Pedagogy of Advocacy and Hope
NCTE Session 11/17/16
Faces of Teacher Advocacy: Impacting Student Literacy Achievement
Dr. Jesse Patrick Turner: Central Connecticut State University
mailto:turnerj@ccsu.ed
First things first, i
t is important to understand that every teacher is already an advocate and activist for children in their classroom. Teachers advocate for children in the classroom every day, with a smile, a gentle touch on the shoulder, saying great job, can we work on this together, sitting next to their students, every good morning, and every walk don’t run. There are many ways to advocate for children, but advocating for public education and for our fellow teachers requires everyone to step up their game.
Then I shared three ways I have extended my advocacy outside my classroom. Since 2010.
Using their NCTE three core advocacy ideas, 1 story, 2 Framing my issue, and 3. My action plan to the road of an everyday advocate? All teachers are advocates. Today I will share my Walking Man Story and SOS March advocacy
story.
1. Our Teaching Stories Matter: Teachers are advocates for children, learning, parents, their public schools and communities. Our roles as advocates have been and are threatened by the following three Federal pieces of legislation, NCLB, RTTT and ESSA. Under NCLB the reading specialists I helped to prepare began telling me they felt like they were committing education malpractice.
I began collecting their resistance stories in 2003, Sharing them at local, state and national level.
¥ After Reading I created my story: "Jesse The Walking Man Turner" and began blogging in 2010.
This blog welcomes readers who believe that No Child Left Behind and Race To The Top are misguided educational reform policies that rely too heavily on standardized test scores that are too focused on punitive measures against local schools. This is also the diary of Jesse Turner's 2010/15 walks to Washington DC from Connecticut, and his occupation of the DOE in DC with United Opt Out, and his opposition to ESSA.
Silence and apathy are not acceptable. My blog has 99,332 views since 2010. http://childrenaremorethantestscores.blogspot.com
2. Identifying and Framing the issue: I used Facebook to frame my advocacy. I created a public Facebook group "Children Are More Than Test Scores" Current group membership: 3657 members.
This is a group created by Professor of Reading and Language Arts Jesse Turner that, welcomes new members who believe that No Child Left Behind, Race To The Top, and the Common Core are misguided educational reform policy that relies too heavily on standardized test scores and is too focused on punitive measures against children, teachers, and local schools.https://www.facebook.com/groups/Childrenaremorethantestscroes/
3. Taking Personal and Social Action: I was one of the teachers that wrote one of Anthony Cody's "Teachers' Letter To Obama" on Facebook.http://www.livingindialogue.com/jesse-turner-still-walking…/ . I promised to walk 400 miles in 40 days from Connecticut to Washington DC to protest High-Stakes Testing. In 2010 I did that first walk. On my walk I discovered the same story in 6 states and the District of Columbia, testing was taking over teaching and learning, and causing great harm to the children, parents, teachers, and public schools. This was not just my state any longer. From this walk Save Our Schools March grew to become a movement of resistance. http://saveourschoolsmarch.org/
A movement that brought 10,000 people to DC in 2011. In 2015 I walked to the BAT March On Washington. My keynote address called for students, teachers, and parents to march on DC in 2016. SOS March formed a coalition that once again marched on DC. The People’s March for Public Education and the SOS Coalition Activists Conference http://saveourschoolsmarch.org/…/thanks-gratitude-from-the…/
The discussion was vibrant and moving with educators sharing from and responding to the ways educators advocate for students, parents, and each other. Georgia, Michigan, New Jersey, New York, Rode Island, and Connecticut were at my table. We left feeling empowered, hopeful, and ready to push our advocacy forward.
Not done yet, the next session for us is "Critical Next Steps in the Journey Toward Justice at 4:00.
At NCTE breaking the cycle of apathy and silence.
Jesse The Walking Man Turner

If you like to listen to the song that inspired my walk this morning in Atlanta its Sweet Honey in the Rock signing "We Will Shall Not Be Moved https://www.youtube.com/watch?v=98KqL8hqzaU
Posted by Jesse Turner at 1:17 PM