Waiting on the ghost of Tom Joad President Elect Trump 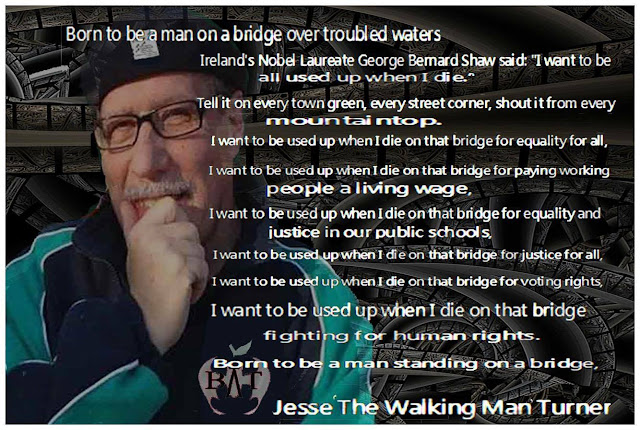 Dear President Elect Trump, just want to put you on notice that I am stepping up my activism. I planned on being a pit bull for equity and justice in our public schools and our communities. It's not personal, it's not political, it's a man on a bridge thing.
On the campaign trail you said your support more charter schools, vouchers, and school choice. All three education reforms that have failed Black, Brown, and Poor children, their parents, teachers and local public schools.
I will not afford you a honeymoon period. I am already standing on that bridge of hope. Already working with my brothers and sisters from SOS March, BATs, United Opt Out, Moral Mondays, Black Lives Matter, NAACP, and progressive union caucuses across the nation.
The plan is to be in the face of inequity and injustice not only in our schools, but in communities.
When you look left, we'll be there,
When you look right, we'll be there,
When you look up,we'll be there,
When you look down, we'll be there,
When you turn around, we'll be there,
We'll be everywhere living the words of John Steinbeck's Tom Joad
" I'll be ever'where - wherever you look.
Wherever they's a fight so hungry people can eat, I'll be there.
Wherever they's a cop beatin' up a guy, I'll be there.
If Casy knowed, why, I'll be in the way guys yell when they're mad
An' - I'll be in the way kids laugh when they're hungry an' they know supper's ready.
An' when our folks eat the stuff they raise an' live in the houses they build, why, I'll be there.”

We'll be marching everywhere, everyday, and trust on this youll hear us coming, see us coming, and we will wear the wheels of hatred, injustice and inequity down.
We are the people at the bridge of justice,
Jesse The Walking Man Turner 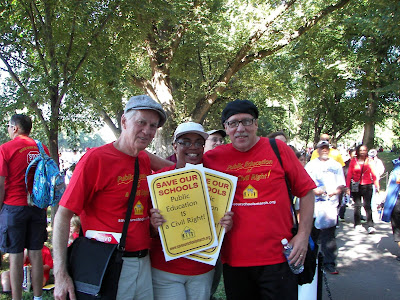 If you are wondering what this man on a bridge is listening to on his morning walk its Bruce Springsteen and Tom Morello "The Ghost of Tom Joad" https://www.youtube.com/watch?v=mzRbeHyIomk
Posted by Jesse Turner at 8:59 AM