An Save Our Schools Declaration of Independence 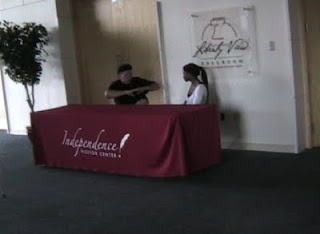 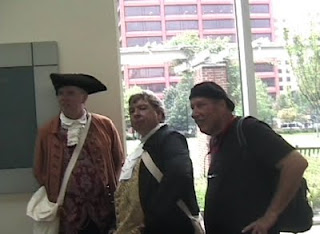 Frustrated Educators Aim to Build Grassroots Movement a must read for from Education Week:

Children, parents, and teachers are declaring their independence from NCLB/RTTT this July 30 in Washington.

Let me say it will be live from DC this July 28-31. Revolution is an American right rooted in our nation's independence from the shackles of a Mad King George whose refused to listen to his people.

“But when a long train of abuses and usurpations, pursuing invariably the same object evinces a design to reduce them under absolute despotism, it is their right, it is their duty, to throw off such government, and to provide new guards for their future security. --Such has been the patient sufferance of these colonies; and such is now the necessity which constrains them to alter their former systems of government.” (1776, Declaration of Independence)

This resistance to NCLB/RTTT is not new it has been going on for a decade at this point. You can find it's foot prints on Susan Ohanian's webage, http://www.susanohanian.org/
For over a decade now the DOE leadership in Washington used it's signature AYP accountability-testing system to push their top down NCLB/RTTT reform model on children, parents, teachers, and schools. After a decade of failed policy the man in the mirror is their policy and leadership not our schools.
This week even Arne Duncan joins in the NCLB is a failure conversation. "The stakes are high. As it currently exists, NCLB is creating a slow-motion educational train wreck for children, parents and teachers. Under the law, an overwhelming number of schools in the country may soon be labeled as “failing,” eventually triggering impractical and ineffective sanctions." Please someone let Secretary Arne Duncan know he is the engineer driving this train wreck. The missing components in Arne Duncan’s reform policies are the voices of parents and teachers. We have tried, we have begged, and I even walked 400 miles in 40 days from Connecticut to DC last August protesting NCLC/RTTT policies.
“When, in the course of human events, it becomes necessary for one people to dissolve the political bands which have connected them with another, and to assume among the powers of the earth, the separate and equal station to which the laws of nature and of nature's God entitle them, a decent respect to the opinions of mankind requires that they should declare the causes which impel them to the separation.” (1776, Declaration of Independence)
For a decade now former Secretaries Ron Page and Margaret Spelling, and current Secretary Arne Duncan have been informing parents, teachers, and legislators that race, poverty, and special needs are excuses for failure. Their golden promise is that school choice and testing-based accountability systems would bring equity to our schools. Nearly a trillion-dollars and a decade later our schools are more segregated than ever, and equity we are told comes in school choice delivered via lotteries and testing. We are told to wait for Superman.  Shame on a United States Department of Education that took federal government eye off the prize access and equity to quality schools for all.
We are marching to DC to take back our schools. Unlike the DOE we don’t have silver bullets, we don’t have simple solutions, or 30 second sound bites.  We are certainly not waiting for Superman, or Bill Gates. However while "NCLB/RTTT" policy is test driven we are driven by a set of guiding principles:


Save our Schools Guiding Principles
For the future of our children, we demand:

Equitable funding for all public school communities
An end to high stakes testing used for the purpose of student, teacher, and school evaluation
Teacher, family and community leadership in forming public education policies
Curriculum developed for and by local school communities
My first 100 miles down, 400 miles to go. See you in DC,
Jesse
Guess what I was listening to day as I reached my first hundred-miles marker?
It was all Spoken Word Poet and Musician Gil Scott-Heron  "The Revolution will Not Be Televised". I could almost see him smiling down saying march on brother.
http://www.youtube.com/watch?v=rGaRtqrlGy8
S
Posted by Jesse Turner at 8:27 AM