This is one of those historical lines that makes us who we are! 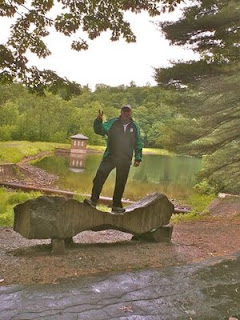 This is a defining moment. It's one of those historical lines drawn in the sand.
On one side we have Arne Duncan saying " NCLB/RTTT is a train wreck", and on the other hand we have The Resistance.

I decided long ago I was joining The Resistance to NCLB/RTTT test em 'till it hurts.  There have been multiple warning signs in Washington that the Department of Education lacks any real credibility in education reform.  In my view, the two  that stand out most  are:
# 1: the First Grade Impact Study Report 2008, this report found Reading First did not produce a statistically significant impact on student reading comprehension test scores in grades one, two or three.  Reading First was the DOE’s silver bullet guarantee to raise the test scores of students in these schools. After spending some $6 billion dollars, there was no "We're sorry parents, teachers, and taxpayers" from the DOE.  Instead they insist we continue to trust them on this, and assure us to stay the course. http://nces.ed.gov/pubsearch/pubsinfo.asp?pubid=NCEE20094038
# 2:  2011
Recently a Blue-Ribbon Committee of the National Academies of Science concludes there were few learning gains from this testing movement. Say that again ~  "Few learning gains from the testing movement" But, the DOE continues to tell us the testing will save us.   There has been nearly a trillion dollars spent over the last decade on test-based accountability systems, built upon “adequate yearly progress”. What do students, parents, teachers, schools, and taxpayers have to show for it: “little to no positive effect overall on learning and insufficient safeguards against gaming the system” http://www.edweek.org/ew/articles/2011/05/26/33academy.h30.html

If those two major blunders are  not enough for America to start questioning the DOE, Secretary Duncan himself states this week: "The stakes are high. As it currently exists, NCLB is creating a slow-motion educational train wreck for children, parents and teachers. Under the law, an overwhelming number of schools in the country may soon be labeled as “failing,” eventually triggering impractical and ineffective sanctions...."
http://www.politico.com/news/stories/0611/56730.html
Call me crazy, but isn’t Secretary  Arne Duncan the driver of this educational train wreck? His two predecessors, Secretary Ron Page and Secretary Margaret Spellings were no different; we the taxpayers are to believe the problem is everywhere except in the leadership at the Department of Education.   According to Secretary Duncan, it’s congress’s fault for not reauthorizing this oncoming NCLB educational train wreck.
We have a choice, we can ride Arnie’s train, or as Bob Marley sings, we can  “Get up.. Stand up for your rights...Don't give up the fight."  Join me as I march with SOS to Washington DC this July 28-31.  Check out  the article in Education Week by Erick W. Robelen's focusing on Frustrated Educators building a grassroots movement to take control of that educational train wreck ~ the DOE train. http://www.edweek.org/ew/articles/2011/06/15/35activists_ep.h30.html
Educators are drawing the line in Washington DC this July 30 at the Save Our Schools March.
While CNN, MNBC, and Fox may not yet see our line in DC. The media for the past ten years has not been able to move beyond "can't get enough NCLB" spin.  There are many teachers, parents, and citizens who also can't see beyond that spin.  But this July there will be a few brave souls crossing that line.  Parents and teachers from every state are marching to DC to  fight against the connected, the powerful, and a United States Department of Education that has lost sight of it's mission.
While CNN, MNBC, and Fox probably won't report our march, make no mistake about it history will remember it.  We will draw our line in the sand fully understanding there will be no victory this July 30th. Instead with hearts full of hope, like Colonel Travis who drew his sword and slowly marked a line in the dirt saying: "I now want every man who is determined to stay here and die with me to come across this line." We are crossing the line hoping to break through the main stream media's spin to awaken a grassroots movement that takes back control of our schools. A grassroots movement that helps children understand there is more to life than test scores. Silence and apathy are not acceptable when it comes to our children.
Call me crazy, call me naive, call me anything, but don't call me silent and apathetic.
Perhaps no one will come.
Perhaps no one will notice.
Perhaps, all we will gain that day is a sun burn.
Maybe CNN will be too busy covering the latest DC sex scandal.
Maybe Secretary Duncan will distract the world with another RTTT spin Press Conference.
Maybe every child in America will reach the 100 percent proficiency mark by July.
So what if parents and teachers march to DC and cross the line from endless spin to action.
What if no one notices, only god?
What if only those who come to DC are the only ones who notice?
Yes, it is so much easier to do nothing.
Yes, it is so much easier to throw up our hands, and remain silent.
Yes indeed,  it is easier to walk away than to walk to DC.
However, what if this is a Shakespearian moment?
What if your High School English teacher was Mrs. Stanfield?
What if you found your very soul in Henry The V, Saint Crispen's speech in her class?
What if when you walk you could hear Henry say:
"He that outlives this day, and comes safe home,  Will stand a tip-toe when this day is nam'd,   And rouse him at the name of Crispian. He that shall live this day, and see old age,   Will yearly on the vigil feast his neighbours,     And say 'To-morrow is Saint Crispian.'     Then will he strip his sleeve and show his scars,   And say 'These wounds I had on Crispian's day.'     Old men forget; yet all shall be forgot,     But he'll remember, with advantages,     What feats he did that day. Then shall our names,     Familiar in his mouth as household words" ?
What if you heard these words, with tears in your eyes as your walk through the rain?
Another 10 miles down, and 410 to go,
Jesse
My walking song of the day:
http://video.search.yahoo.com/video/play?p=bob%20marley%20stand%20up%20utube&tnr=21&vid=996909843622&turl=http%3A%2F%2Fts3.mm.bing.net%2Fvideos%2Fthumbnail.aspx%3Fq%3D996909843622%26id%3Dd1d8913f86d06c5e5e307a2f86b05c8a%26bid%3D3sJug8saOZAOlA%26bn%3DThumb%26url%3Dhttp%253a%252f%252fwww.youtube.com%252fwatch%253fv%253dH5Qda2HS7X0&rurl=http%3A%2F%2Fwww.youtube.com%2Fwatch%3Fv%3DH5Qda2HS7X0&sigr=11aogf26e&newfp=1&tit=Bob+Marley+-+Get+up+%2C+Stand+up
Posted by Jesse Turner at 2:52 PM